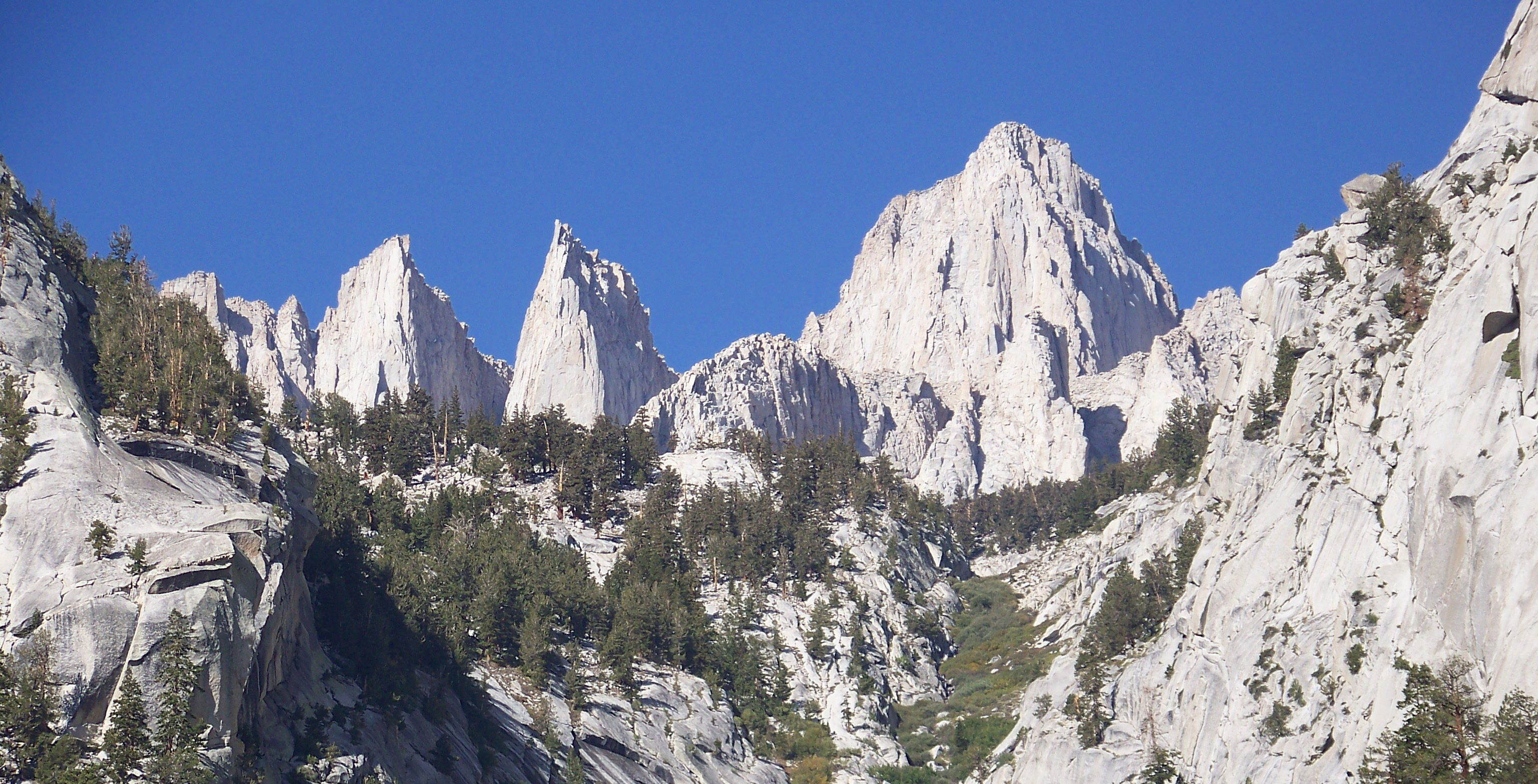 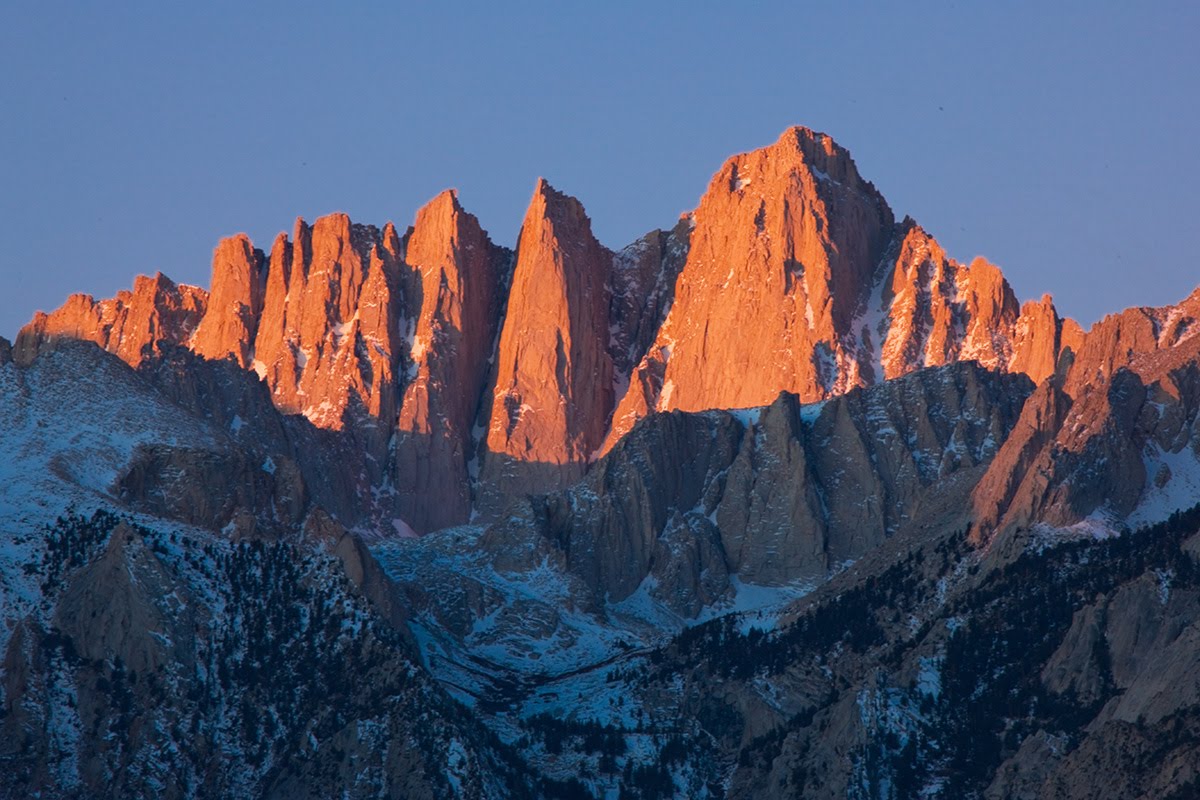 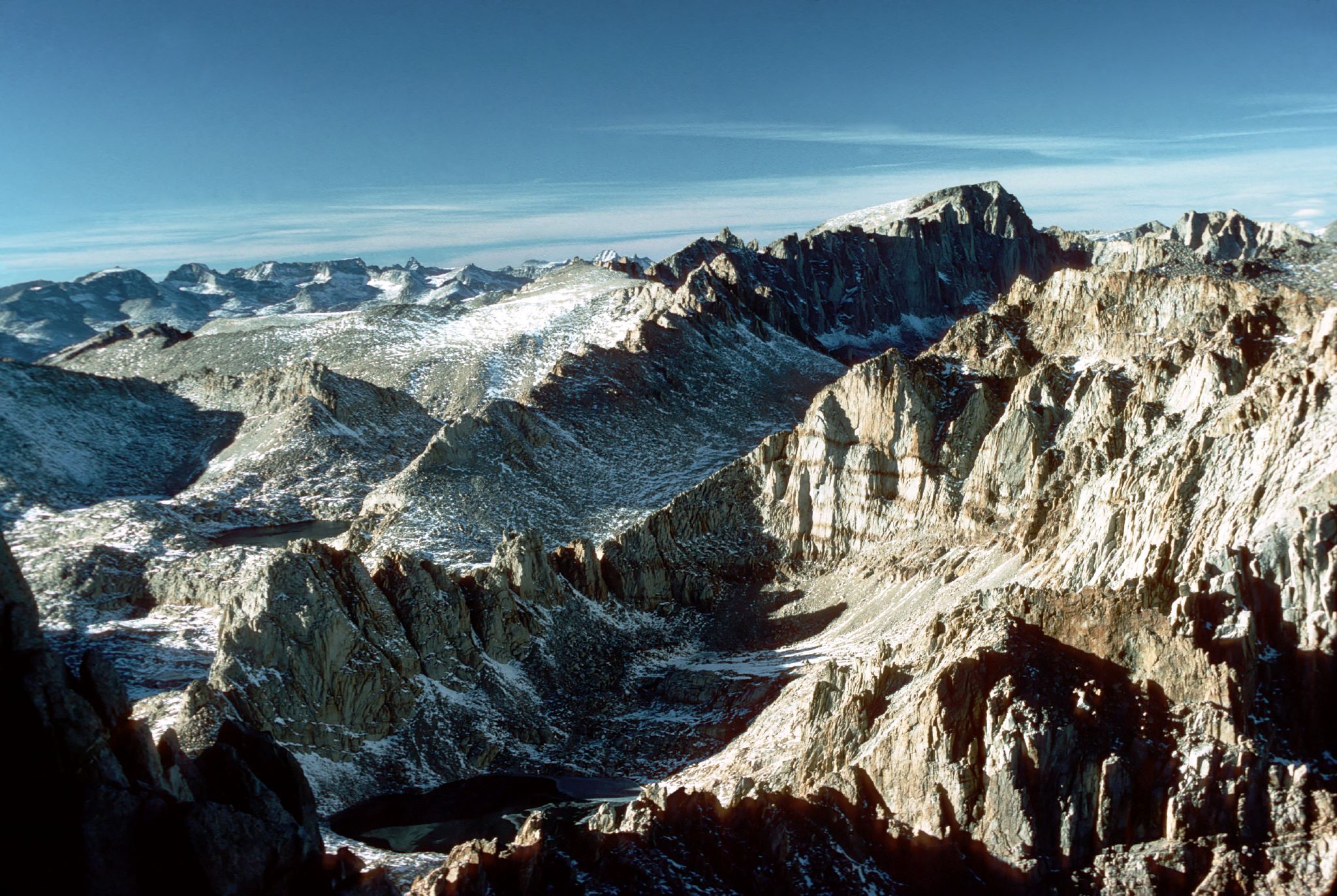 California constantly amazes with its diversity of landscape! One wild ramble took me from Badwater, Death Valley -282 feet; the lowest point in the United States – then just a few miles away I began climbing up to the highest point in the mainland U.S.: Mt. Whitney,+ 14, 495 feet! It was mid-October and I had the entire mountain to myself, craving the healing balm of nature after a frenzied work overload. Then while camped at 12,000 feet – a Los Angelino put up his tent right next to mine; turned on a big radio and blasted a World Series baseball game to the high heavens. It was a “blessing-in-disguise.” I left in the middle of the night, headlamp on – and reached the summit just as the sun was bathing all the Sierras (what John Muir called “The Range of Light”) in golden alpine-glow! That did it. Lit-up as much as the rock walls around me, I was hooked on mountains forever!! Einstein stated that all matter is condensed light. I seek out high places and people that show that glow. . .