A Message from Michael Modzelewski

Blue Diamonds…off the starboard side

As the Naturalist/Guest Speaker on a Princess Cruise ship in Alaska during spring and summer, I’m honored to meet passengers from all 50 US states and an average of 30 different countries each week, as we cruise through Paradise, awed by pristine waters teeming with whales, towering snow-swathed mountains, sapphire blue glaciers calving icebergs as big as houses, and a far-reaching sky colored by neon-green and scarlet-red Northern Lights. Such beauty, wild and free, attracts the United Nations of humanity.

As a closet anthropologist and sociologist, the cruise ship gig enables me to study people from all over the world, visiting Alaska on vacation, escaping their work-a-day lives. One pattern I notice is that American workers receive limited vacation time (1-2 weeks a year) compared to Australians (2 months), Europeans (most of the summer), and la dolce vita Italians (most of their lives). As an Aussie said to me: “You bloody Americans live to work, instead of working to live. Life is to be enjoyed!”

Multi-dimensional Alaska, where nature is more and man is less, transforms Americans to their true, best selves by reminding them deeply of the world they turned away from. They come on the cruise fatigued and defeated by trying to keep pace in the ever-tightening economic rat race, but they leave a week later joyful and expansive after watching humpback whales catch fish by bubble-netting, seeing a grizzly bear saunter by 10 feet away, dog sledding with child-like glee across a snow field, exceeding their comfort zones by hiking to a mountaintop, hearing the white thunder of tidewater glaciers shedding ice, and bubbling, themselves with energy while sipping the crisp, fully oxygenated “champagne air.”

Last summer, a woman sent me an email after returning back to work: “Dear Michael, I’m 55 stories up in a skyscraper in downtown Chicago. The windows are permanently sealed-shut, I’m in a cubicle with artificial light raining down on me, I’m wearing panty hose and I want to scream! But what’s saving me is that every 10 seconds I look at the new screen-saver on my computer — a picture of a radiant blue iceberg, and I say to myself, I was THERE, and I’m going back as soon as I can.”

The happiest and most productive time of my life, especially for personal growth, was when I dropped-out of the work force to live in isolation for two years on a wilderness island in the Inside Passage in British Columbia. It was marvelous to be totally off-the-grid — living in a place where you never hear a telephone ring, and there’s no need to know what time it is. Albert Einstein and other physicists that have studied deep space, our universe, reported that in reality time doesn’t exist. It’s an artificial concept created by man. You don’t see bears in the woods or your dog at home running around wearing a watch. People created time, for we think in a straight line and chop that line into little pieces to stay organized, to get things done.

But do we run those clocks, or do those clocks run us? It was a distant Roman Caesar who decreed that every 365 days there would be another strike against us. Why not 700 days; why not 7,000? Pick a number. Time is arbitrary. When I moved to the wilderness island and slipped the watch off my wrist, escaping the tyranny of time — tick-tock — amazing things happened — time didn’t run down. It stayed still, and I slowed down — all the stress left my body, and I adjusted to the natural, even rhythms of life, whereas musicians say, you play the “center of the note” — occupy each moment in a fully informed and relaxed manner. And immersed deeply in nature, not needing or caring to know what day or even what year it was, I lived in the eternal now, outside the limitations of the time-space continuum, and many people noticed that I didn’t age at the normal accelerated rate of time-driven man.

When my father (an ex-NFL football player and successful restaurateur) came to visit the island, he took one look around at my shabby cabin and primitive living conditions and said: “Son, I worked hard all my life so you wouldn’t have to live like this!” However, after I put my father up in the front seat of the kayak and a leaping Killer Whale nearly shaved his nose-off, and Dad counted a dozen Bald Eagles in just half-an-hour, he didn’t want to ever return to the “civilized” world. I learned that sometimes in your life you have to lower your standards of living to try to reach a higher level of being. The best things in life aren’t things. When we get away from all the material possessions that require so much of our time and attention, when you cut those anchors, you’re free to appreciate what really matters. As Henry David Thoreau wrote, “The person that needs the least has the most.”

I’ve learned that the purpose of life is not to acquire possessions (a life of futility where many people lose their health to gain money, then lose their money to try to restore their health — affluenza, indeed) — but we are here to grow and enrich our souls, with love, wisdom, and giving. A U-Haul has never followed a hearse.

One of the richest, most transformative experiences that I’m privileged to witness on a weekly basis, is when the Princess Cruise ship goes into the wildest and, for me, the most beautiful place on earth, Alaska’s Tracy Arm Fjord. The icebergs that crack-off the tidewater glaciers, crash into the sea, and then float alongside the ship are lapidary, jewel-like sapphire and topaz blue gems that scintillate in the sunshine like nature’s bling. That blue color paints people’s souls with such a high-vibration that it makes them cry with awe and wonder.

Narrating our passage through the Fjord, I announce: “Ladies and Gentlemen, blue diamonds — off the starboard side, that money can’t buy.”

Vacations, and places like Tracy Arm, provide experiences that touch the heart in ways stuff never can. The treasure is, indeed, inside the chest. And that wealth lives on forever. 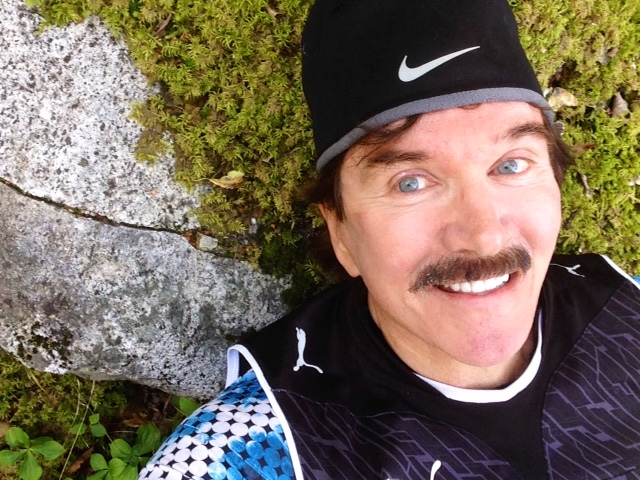 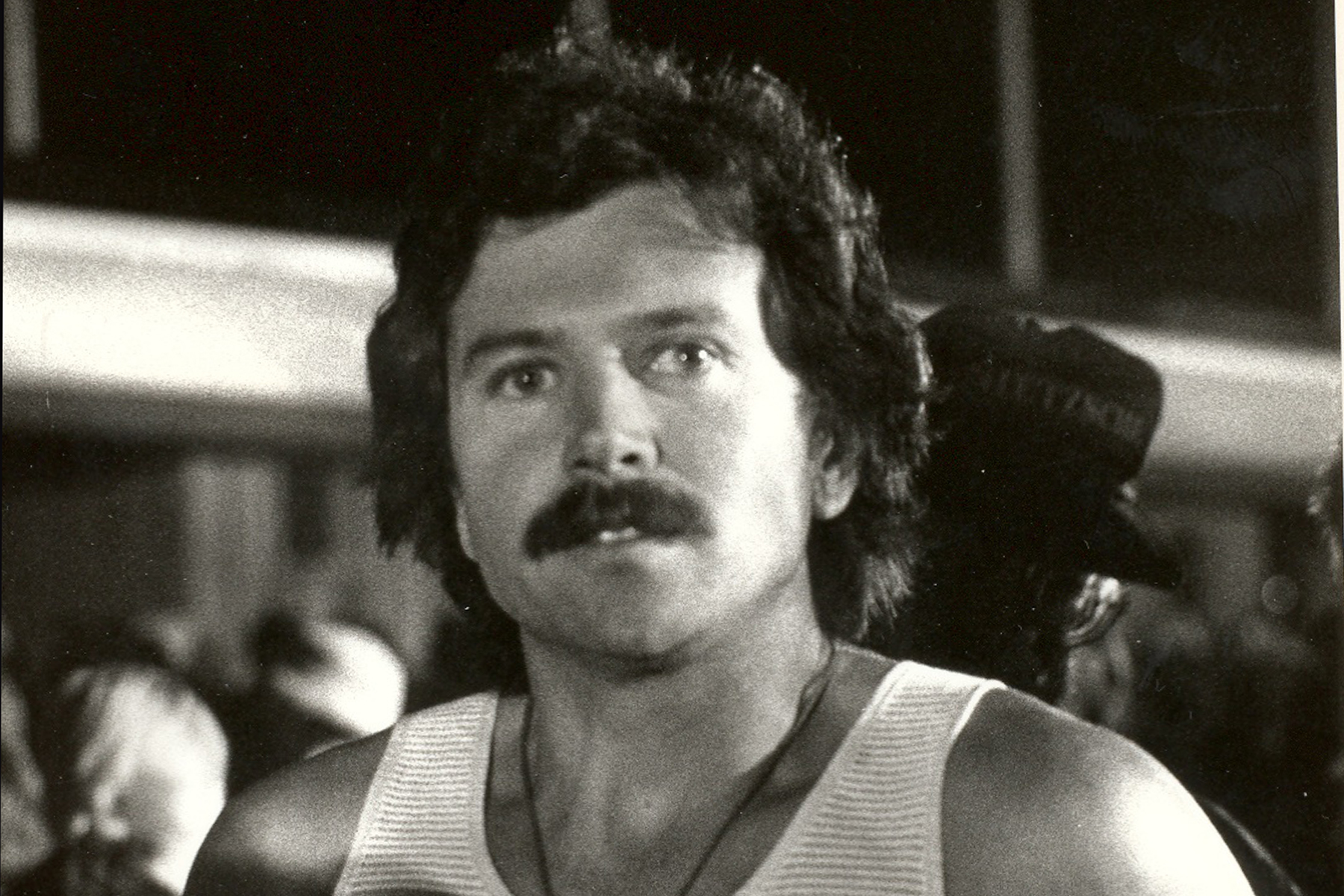 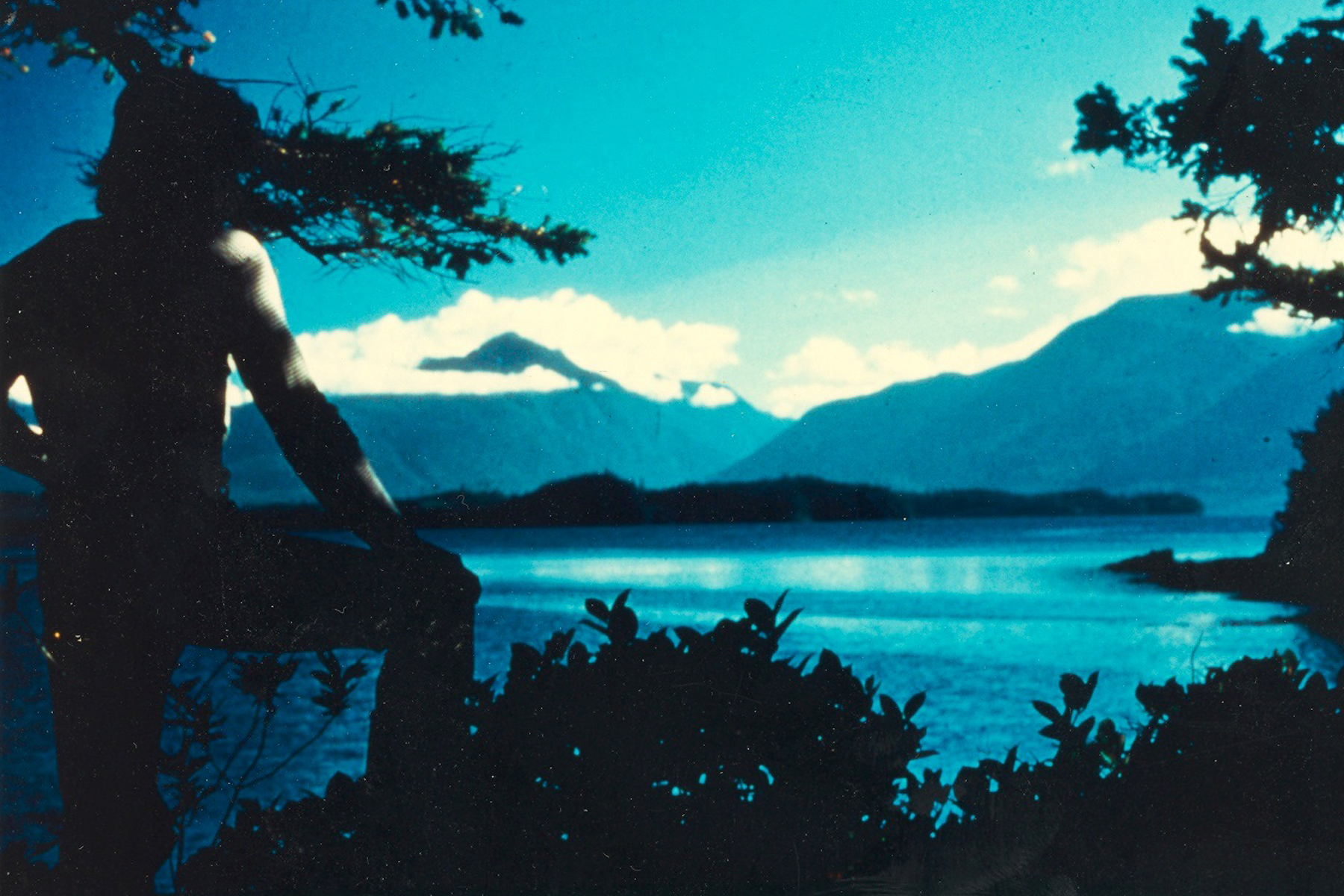 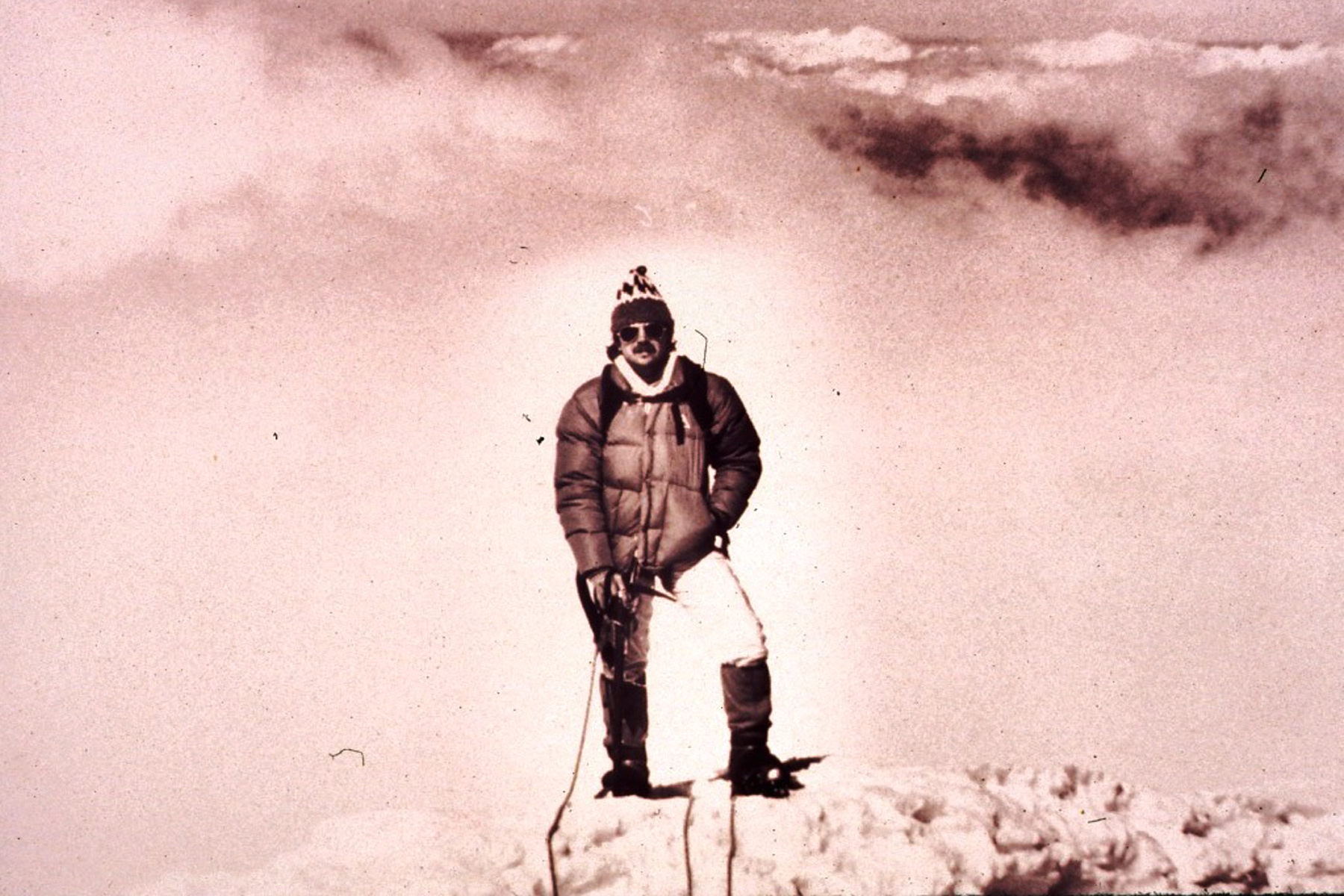 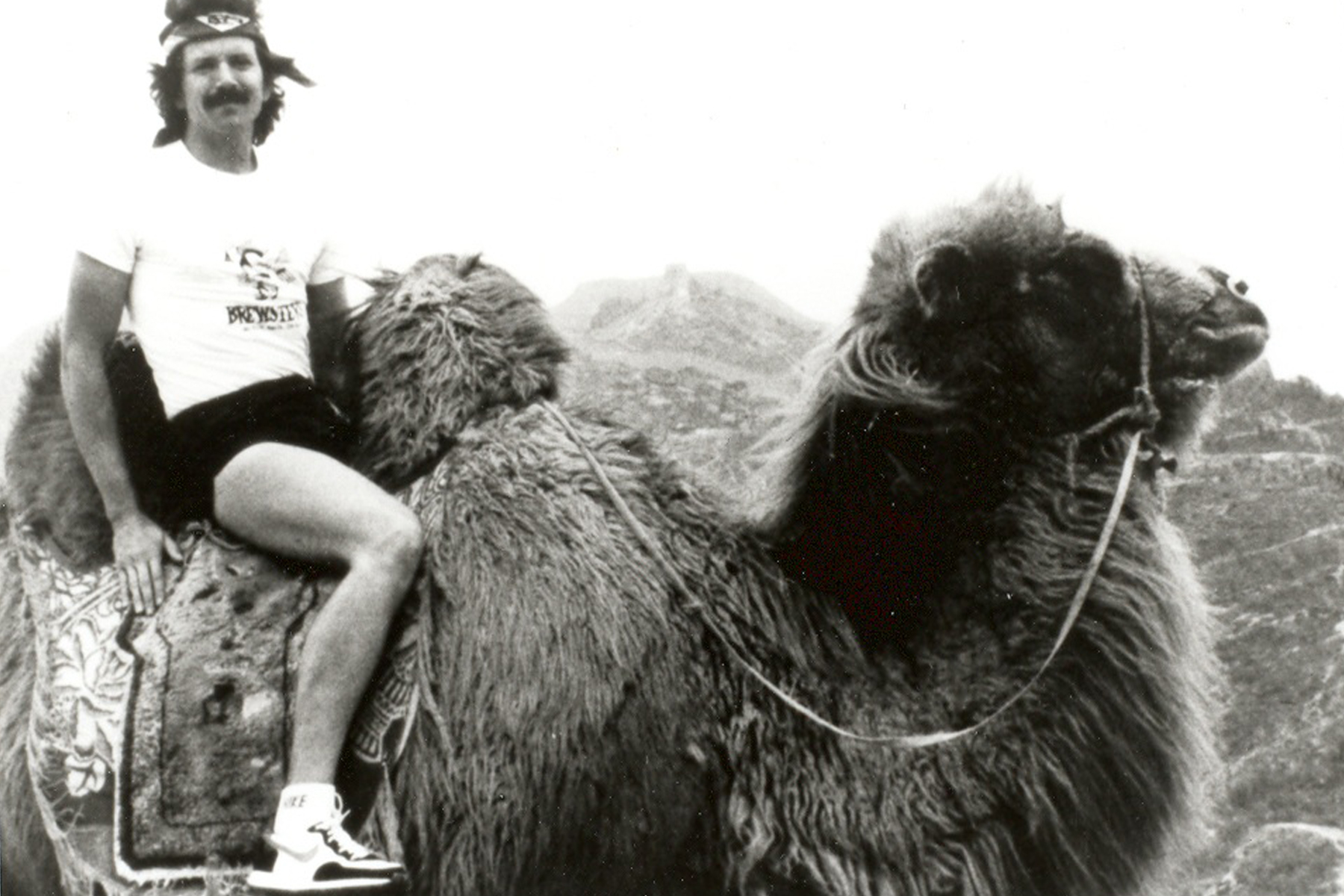 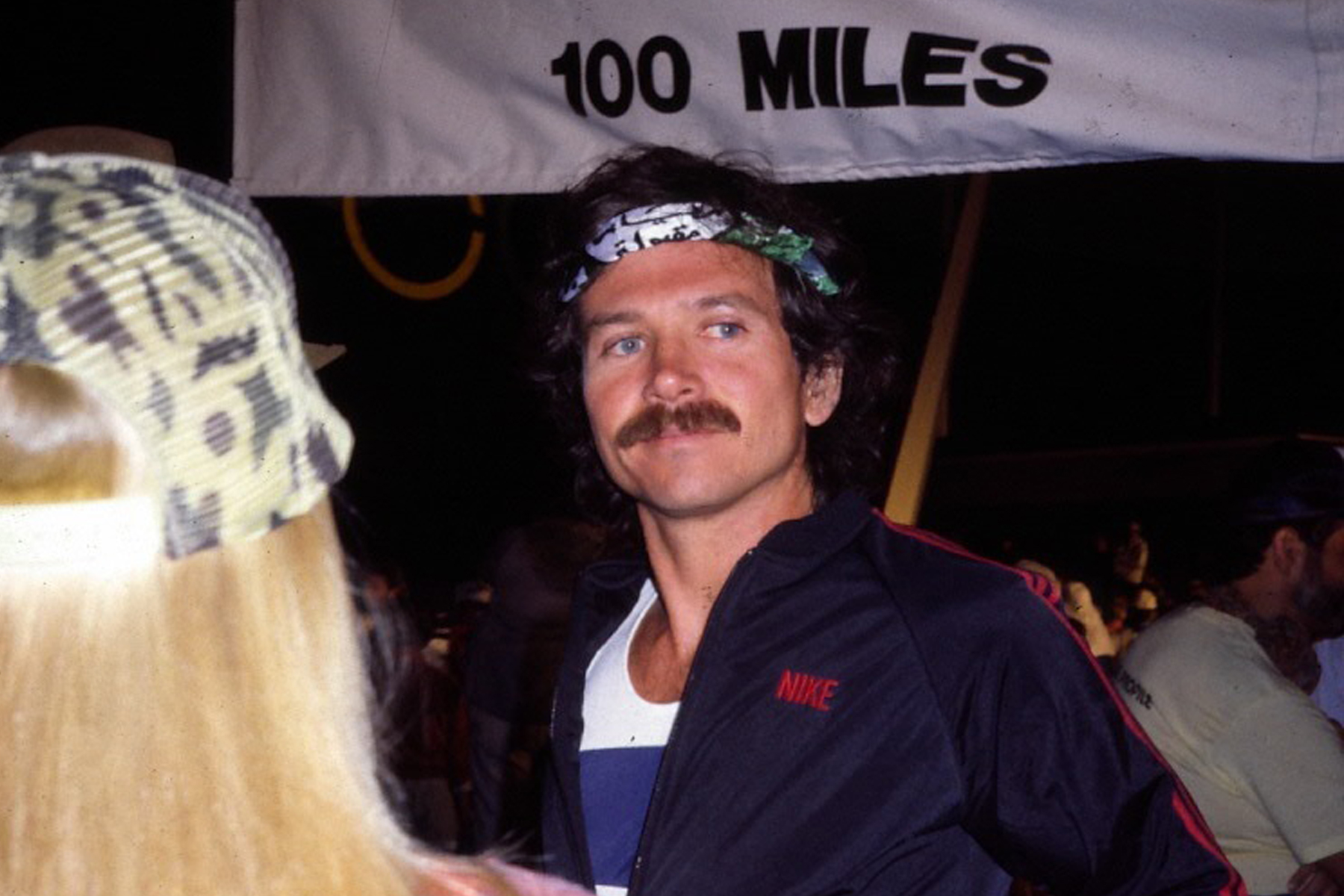 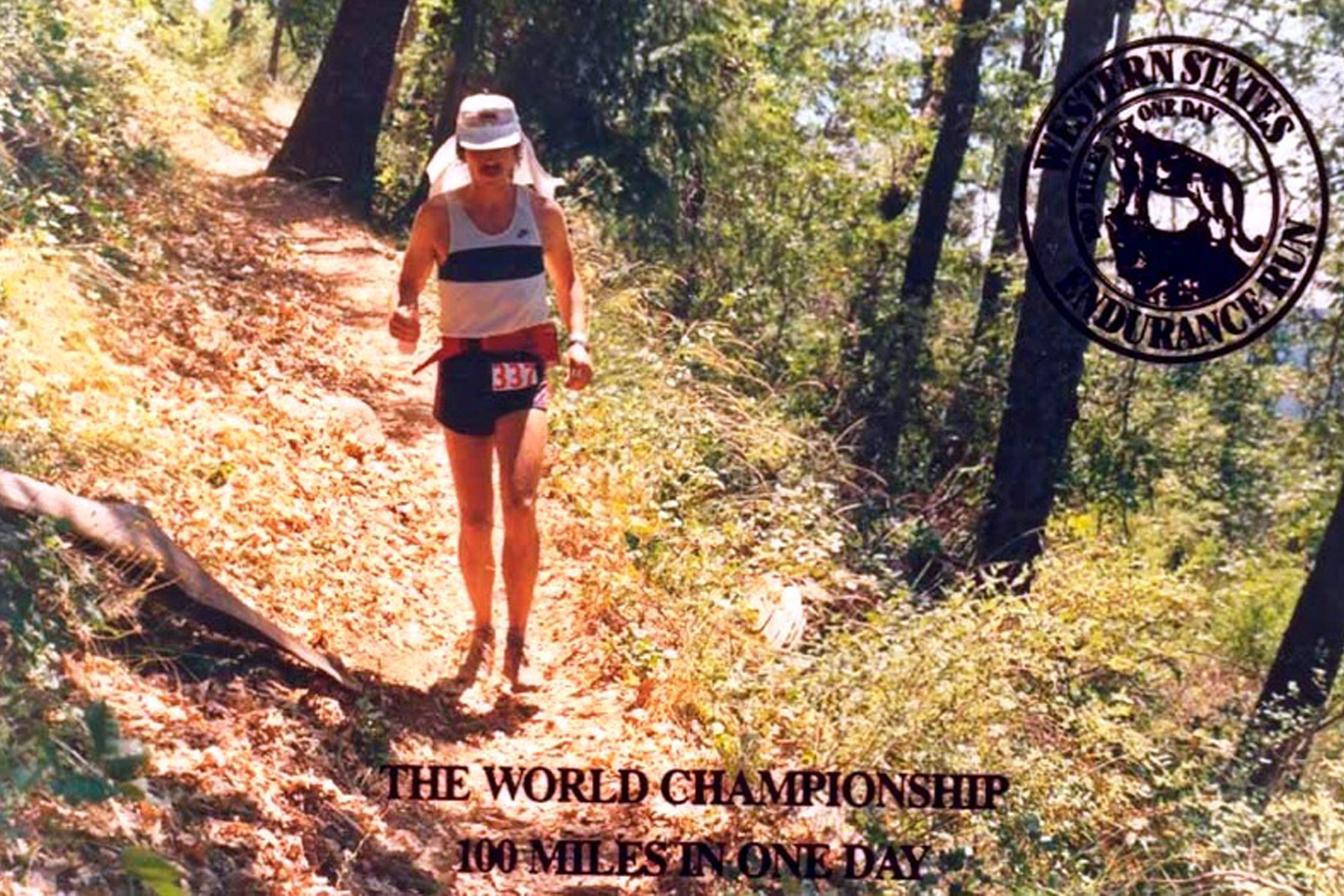 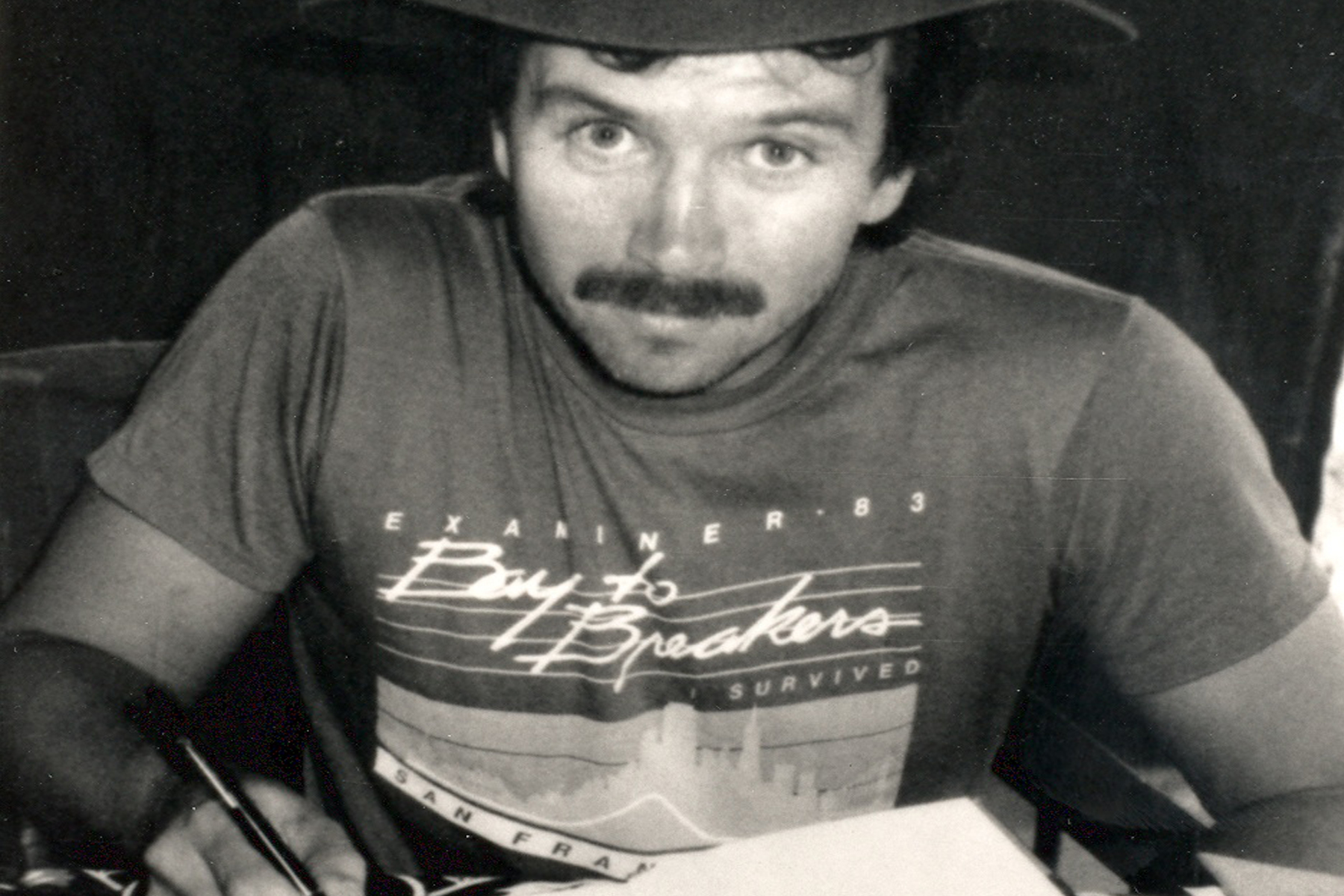 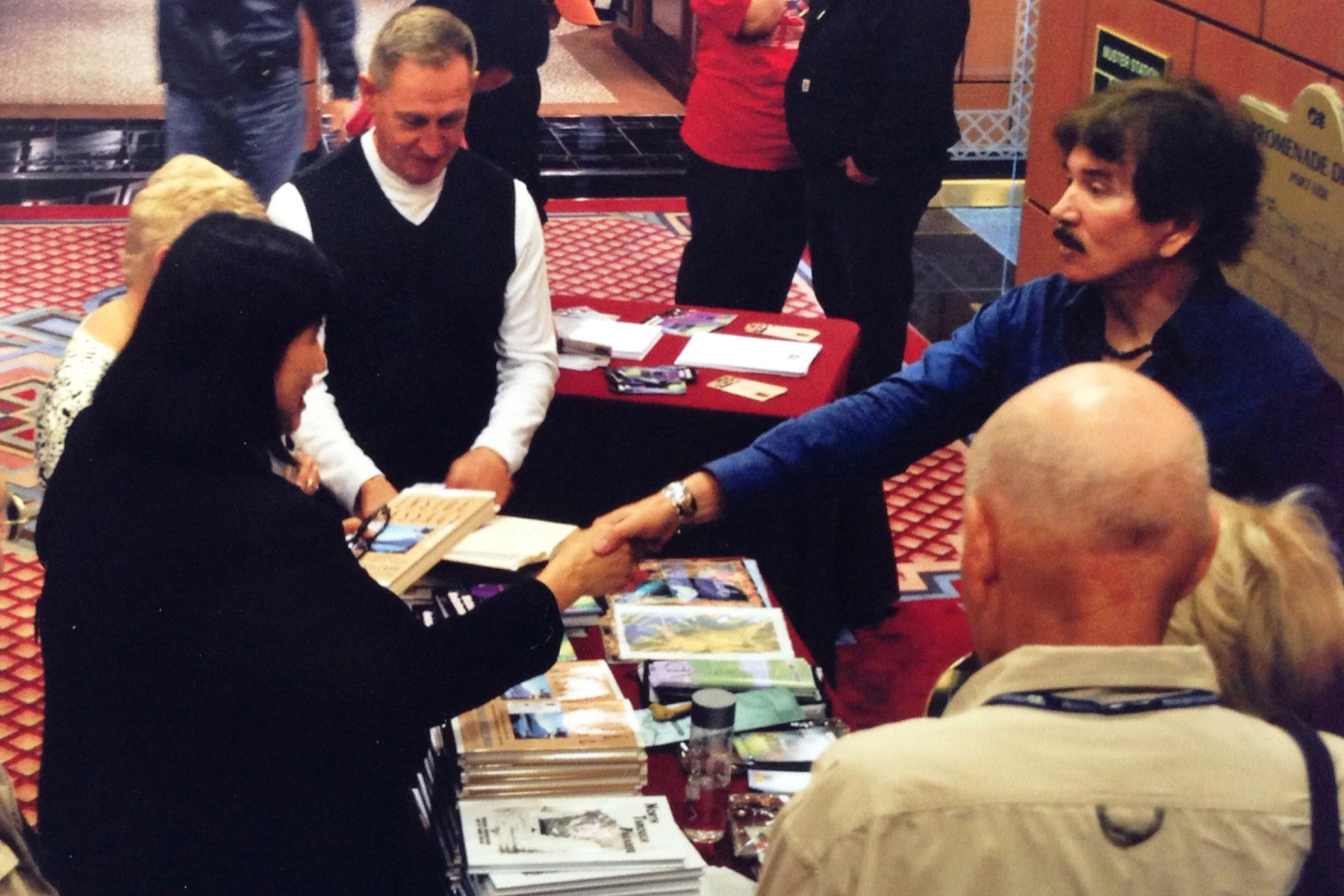 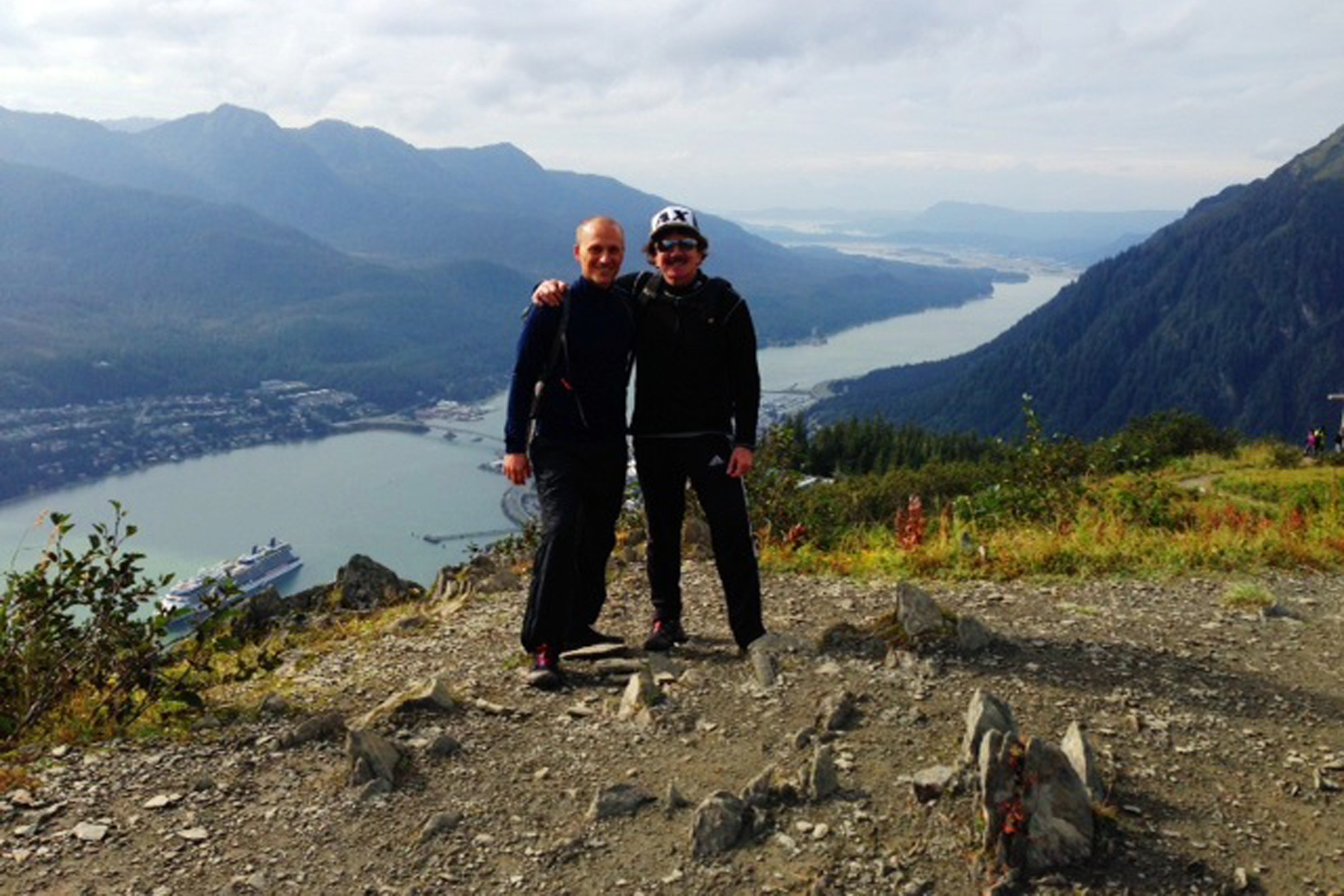 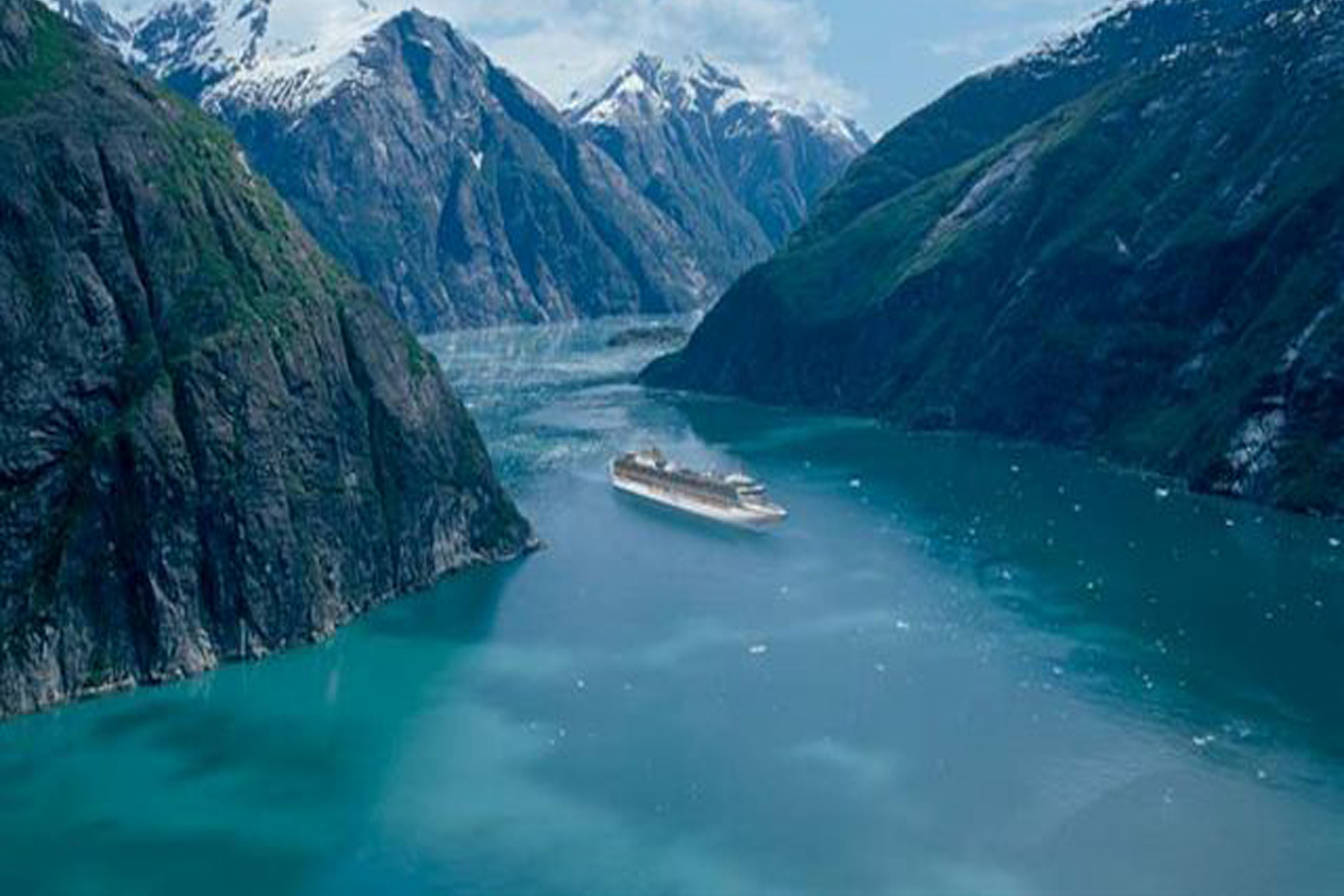 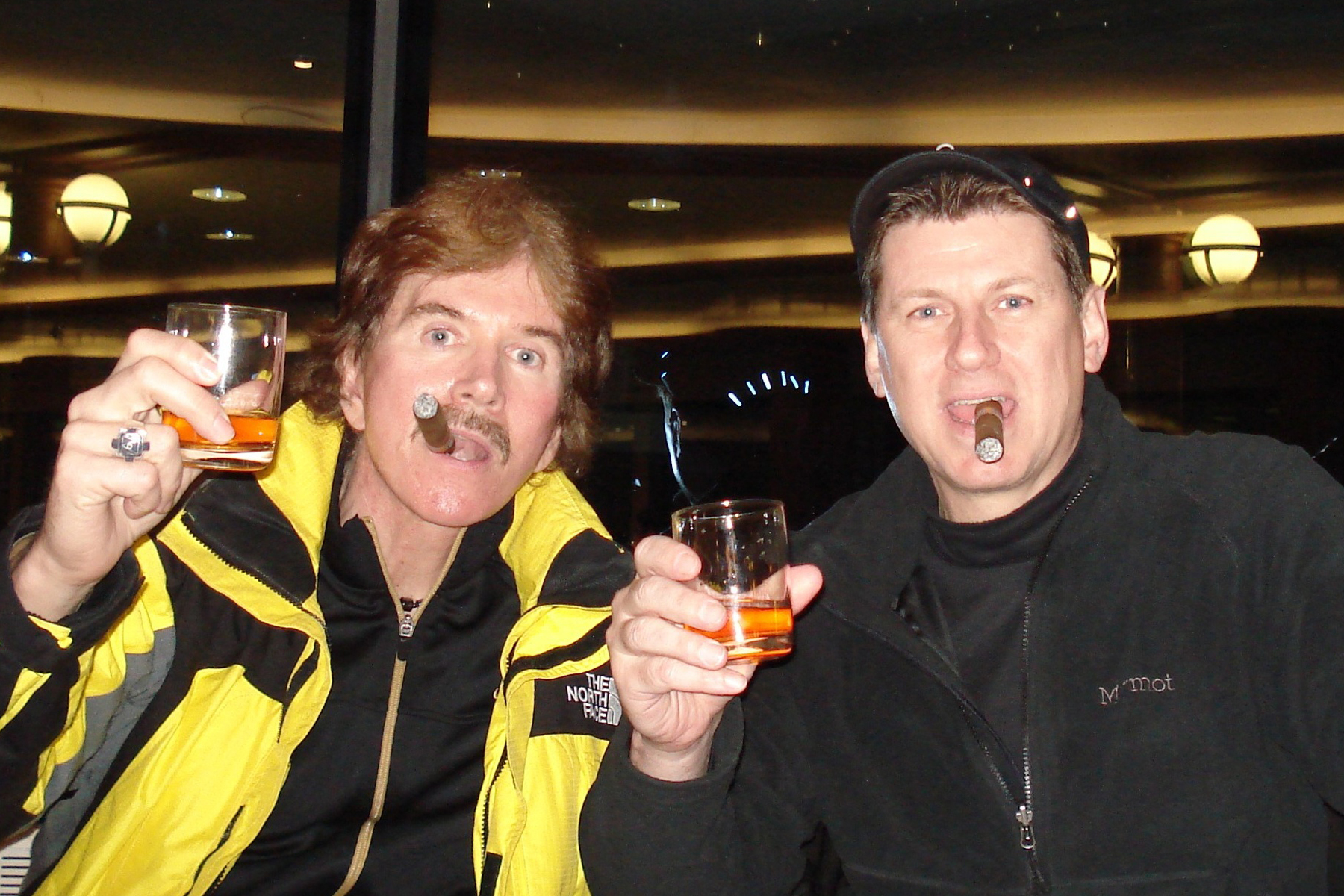