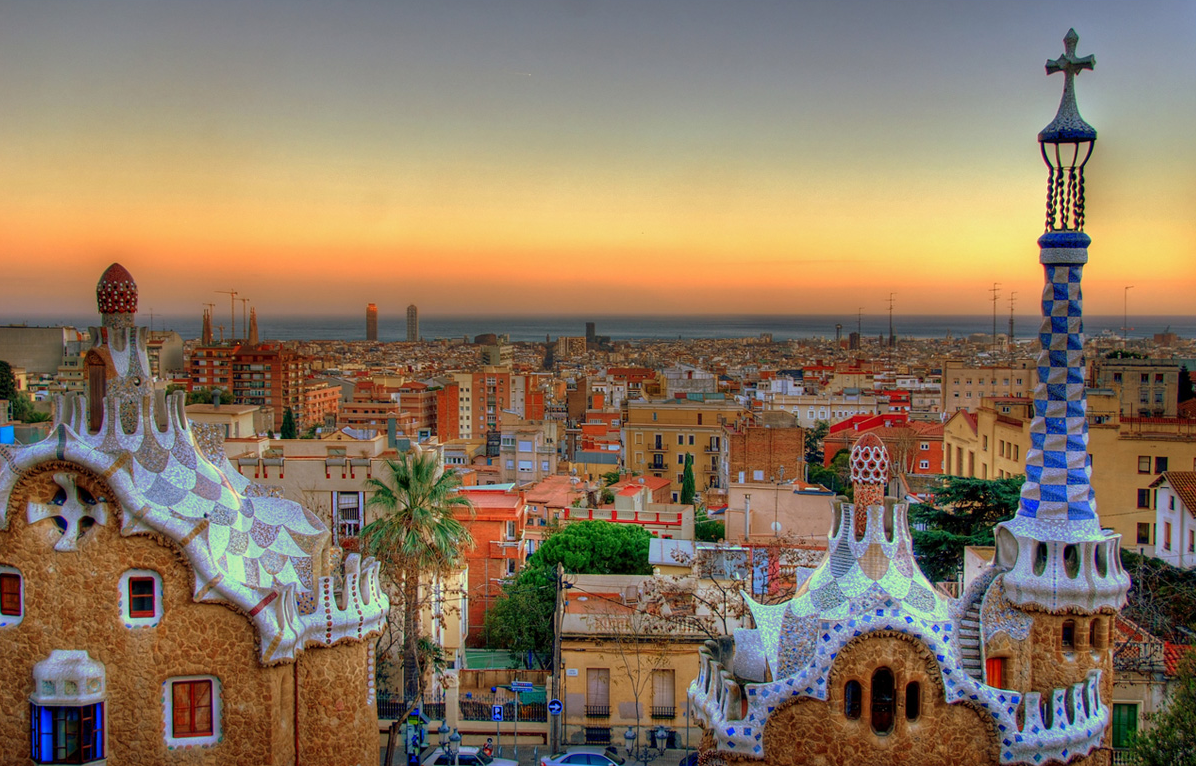 The catalyst for visiting the Catalonian city of Barcelona was to see Antoni Gaudi’s architecture. Gaudi and Barcelona surpassed expectations. Barcelona, in the northeast corner of Spain, is the largest city on the Mediterranean Sea. Called “The Spanish Paris,” “The Capital of the Future,” and “The Territory of Illusions” it takes ancient history, urban energy, and bold style to new heights. Wondering if Gaudi was gaudy (responsible for introducing a new word to the English language) — took in his soaring church, organic-style apartment buildings, and colorful park — now convinced of his genius, especially his revolutionary use of trencadis tiling, a decorative art form which consists of smashing up ceramics and piecing them back together in mosaic patterns that sing to the soul. Gaudi’s works have hallucinatory power, stemming from natural-based forms. One of the greatest strolling streets in the world is La Rambla in old town Barcelona. What used to be an ancient river bed is now a tree-lined promenade nearly a mile long filled with an endless parade of people streaming past newspaper kiosks, flower and bird stalls, human statues, mirthful mimes, elegant cafes, a grand opera house, a splendid farmer’s and confectionary market, attractive prostitutes, invisible pickpockets, and people looking to charge more for a shoeshine than what you paid for the shoes. In short, a mish-mash moving pageant of life, itself. Spanish poet Federico Garcia Lorca once said that La Rambla was “the only street in the world which I wish would never end.” After three days and nights of taking in all of Barcelona’s endless fascinations, my legs were somewhat spent heading into the marathon, but immediately rebooted after the strongest triple espresso ever in the hotel bar, pre-race. Midway through the marathon, on pace to finish under 4 hours, I came up on a runner who was stiffening and grabbing the backs of his legs. Struck up a conversation with an editor from the French newspaper, Le Monde (The World). Exchanging names, he said: “We printed a story from a Modzelewski about how he nearly died after getting malaria in Africa.” “That be me.” Small Monde! The editor’s first marathon, and I diagnosed his leg cramps as most likely triggered by a lack of electrolytes. Advised that he gulp down the sports drink (or a Spanish espresso!), not water at the aid stations, and then he was fine as the race progressed. Helped him to the finish — talking travels, French cuisine, and the writing biz as we ran past historical and artful monuments and over cobblestone lanes in the Gothic Quarter, coming in at 4:15. Afterwards, a wonderful celebratory meal of fresh seafood Tapas, washed down with a crisp Albarino white wine. Viva La Espana. Now and forever-more, I’m a rambling La Rambla man!