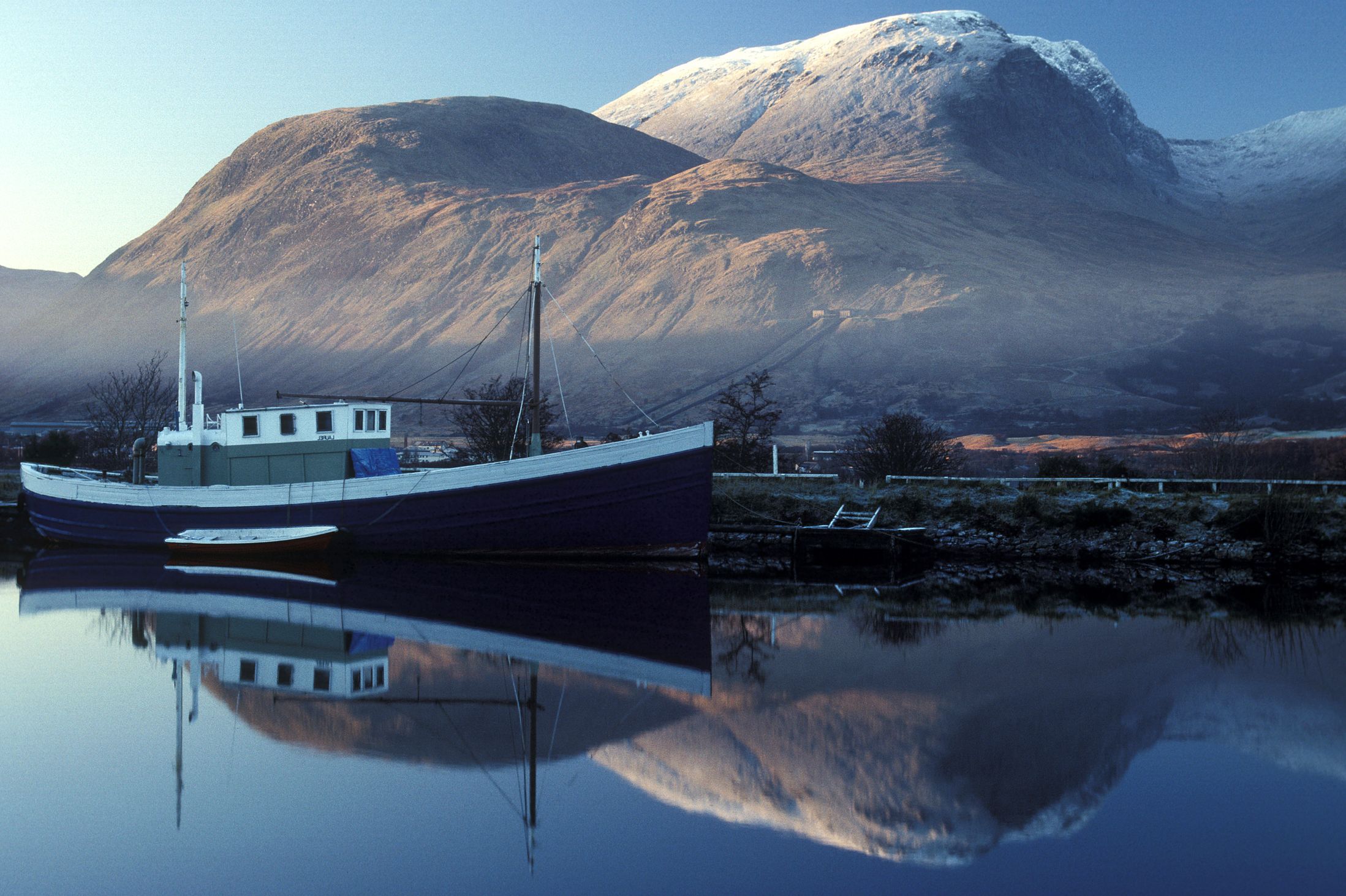 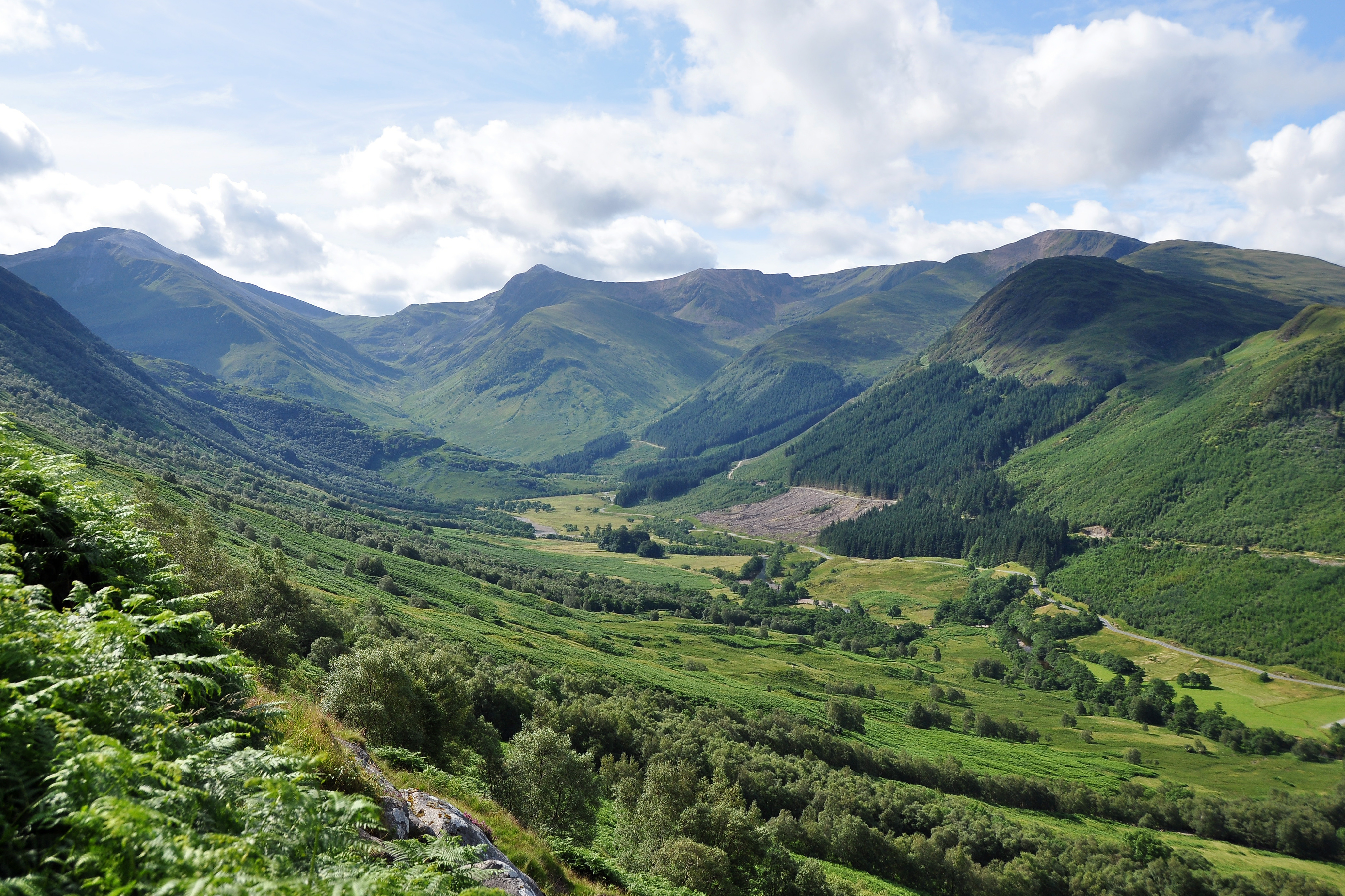 While in Scotland in early October — three days after running The Inverness Loch Ness Marathon, decided to climb Ben Nevis, the tallest mountain in the British Isles, at 4, 409 feet. Turned out that the height wasn’t the challenge, but the severe weather. In researching the climb, I learned that the mountain summit is clear only one day in ten, with fog present on the summit almost 80% of the time. In an average year, the summit experiences 261 gales and the mean temperature on top is one degree below freezing. The first recorded ascent was in 1771, and in 1883 the footpath and a summit weather observatory were built by Clement Linley Wragge, aptly nicknamed Inclement Wragge. In the town of Fort William, at the base of the mountain, I entered a mountaineering shop and questioned a guide about the climb. “You shouldn’t have any trouble until you get to the top,” he said. “If it’s socked-in on the summit be very careful. The summit plateau is sort of kidney-shaped and surrounded by steep cliffs on three sides.” No more prophetic words were ever uttered! The next morning, I got an early start. The path was clear until about halfway up, when Ben Nevis decided to live up to its Gaelic name: “The Mountain With its Head in the Clouds.” Against my better judgement, I ascended. Once immersed in the cloud, it was 4-Seasons-in-One-Day up there, with sun, rain, hail, battering winds, swirling snow, and thick obliterating mist. The woolen mist made each sloping switchback appear to dissolve out into space, and at the blind corners you could barely see where they turned. It was unnerving, but I pressed on. The trail then petered out below a steep scree slope, the rocks slick with fresh, accumulating snow. My senses were rendered totally “senseless” in the worst white-out I’d ever experienced. I felt panic climb my spine as I finally crept across relatively flat ground, seriously questioning how I would ever find the narrow trail again far below the now erased giant scree field. Just then I heard muffled voices to my right. I turned and moved toward the sound — not seeing the other climbers until I almost bumped into them — a father and son. “Ah, lad, lucky you are!” the man murmured. “You were headed for a fall right off the North Face!” He had climbed The Ben before, and miracle of miracles, he had a compass. Like blind men, we ran our hands over the ruins of the stone weather observatory, and then put all our concentration, faith and trust in the quivering compass needle. . . When the trail appeared dead-center below the scree slope, looking as wide and smooth as a highway through the filter of desperation, I felt like kissing the ground. Back down at the mountain’s base, I shook my head, grinning at the Scottish tongue-in-cheek humor displayed fully on a sign: “Weather Forecasting Stone.” Reading through the vertical checklist of weather conditions — encountered everything up there except “Earthquake” and “Tornado.” If we have nine lives like a cat, after The Ben and other adventures out on the edge, I’m now down to about two left.