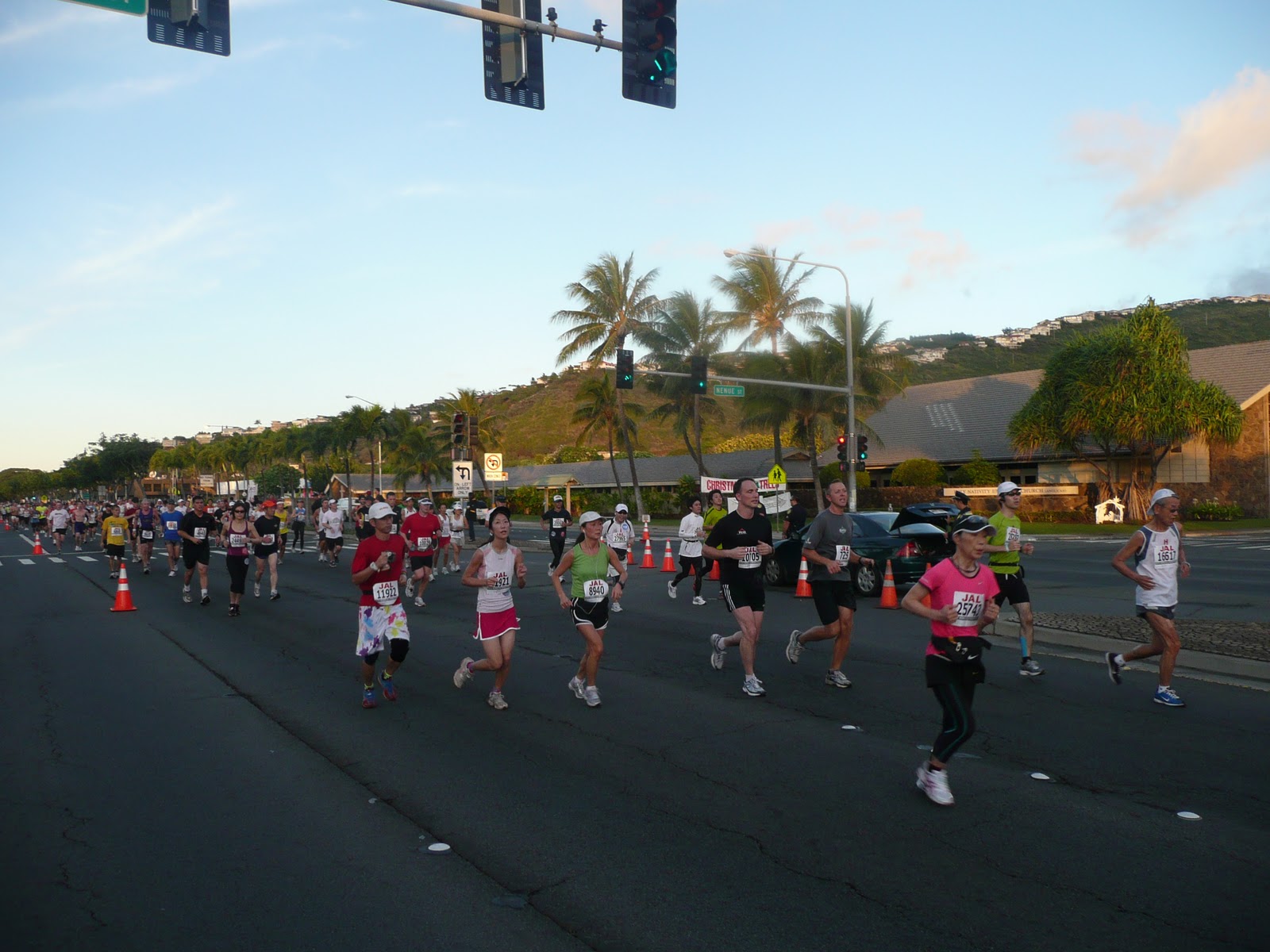 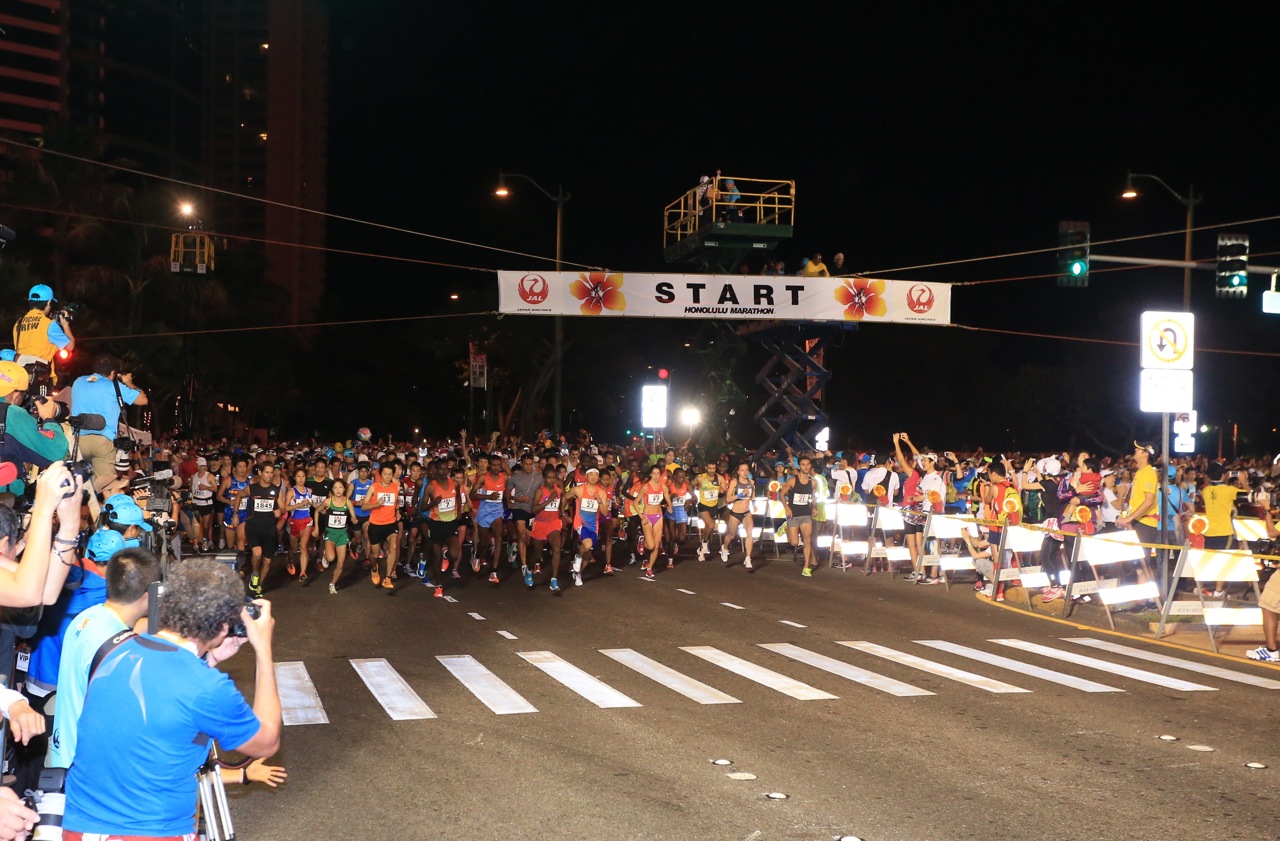 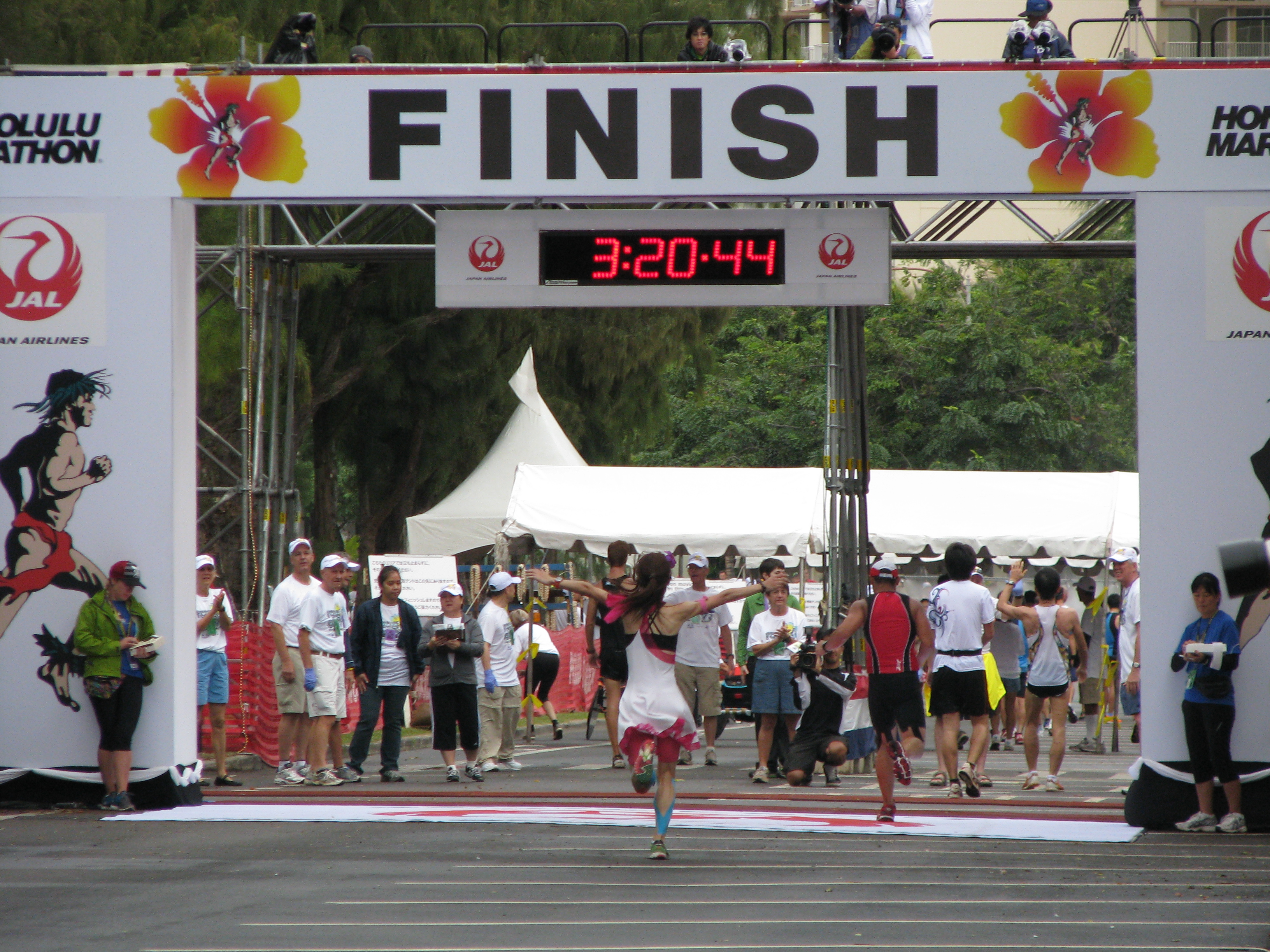 My husband was running his 74th marathon in Honolulu, Hawaii, and I was anxiously jostling for space with the other spectators, waiting for him to cross the finish line at Waikiki Beach. I kept glancing at my watch, at first not letting it bother me that he seemed to be later than his usual finishing time of under 4 hours. The minutes ticked by endlessly. . . Michael was middle-aged, but in great shape, with a history of two 100 milers in the mountains of California under his belt, as well as winning a race on The Great Wall of China. He is an adventure travel writer of documentaries and author of several books, including Angeles Crest, about ultramarathon running and the rewards of maintaining peak physical fitness. He’d climbed several major mountains, including Kilimanjaro, up the most challenging route. The hairs stood up on my arms now as he was more than an hour past his normal finishing time. Something was definitely wrong!

As a coincidence, I’d just had my husband’s hero, Jack LaLanne, on my plane the week before (I am a flight attendant). Jack LaLanne was with his lovely wife, Elaine, going from New York to Los Angeles after filming a commercial to advertise his new book, Live Young Forever. He said he was 96, and his beautiful wife admitted to being 85. They were a dynamic, vibrant couple, a shining example of physical and mental fitness, that would put people to shame decades younger. Jack wanted to get down on the floor of First Class to do pushups! I excitedly told them he was my husband’s absolute hero for being the first person to start the physical fitness movement and how he changed the world for it. I joked that my Michael repeated a couple of Jack’s famous “LaLanne-isms” right after finishing every marathon — pointing to his legs and crowing: “You bastards work for me!” and “Jack, you did it again!” (What Jack LaLanne said after his daily workouts). On the airplane, Jack beamed when I told him how Michael emulated his daily workout discipline and worshipped his tenacity. They let me have my photo taken with them, and Elaine had Jack sign a publicity picture and promised to send their new book to Michael as a surprise.

I had always laughed at Michael repeating those two hilarious, hokey LaLanne-isms — but now waiting and waiting at the Honolulu finish line, how I wished I could hear them again. WHERE WAS HE?

Michael’s father, his other hero, played professional football for the Cleveland Browns in the late 1950′s and 60′s, and his uncle played for the New York Giants during all their championship years. The Modzelewski brothers used football as their way out of the coal mines of western Pennsylvania to the NFL. Michael played football as a wide received for the University of Maryland until accidentally breaking an opponent’s knee, which resulted in him feeling so bad that he lost his thirst for the game. He dropped out of the sport, replacing football with long-distance running. He was so proud to be his father’s son, but always feared that he had let him down. He was determined to excel in his new physical passion and make his Dad proud.

My cell phone rang, startling me. Michael never ran with his phone. I saw a strange number and answered. It was Michael on the other end. He sighed deeply, so chagrined to tell me that they started the 22,000 Honolulu marathon runners at 5 a.m., in the darkness, to stay ahead of the tropical heat, and that two miles into the race, with the field all bunched together — crossing a median — he didn’t see the step-down curb, and severely sprained his left ankle. He stopped at the next Aid Station and in the medical tent had his throbbing ankle wrapped in an elastic bandage, and then pressed on — walking all the way now to Mile 20 where he borrowed a spectator’s cell phone to call me. He sheepishly asked: “Will you run towards the runners, find me, and walk the last couple miles with me for mental support?” In all the years we had been together, he had never been sick once or the slightest bit injured, and always took care of me when I had a couple bouts with cancer. The least I could do was help him now. He said there was no way he would “DNF” (Did-Not-Finish) — as quitting was not in his nature.

I ran towards him on the sidelines past the flowing tide of runners until I breathlessly spotted him doggedly hobbling towards the finish line. Walking alongside him, I kept up a babble, my usual talkative self, to divert his pain. He probably wasn’t even listening to the chatter, but appreciated the comfort of my presence.

Michael crossed the finish line in 8 hours and 30 minutes, more than twice as long as it normally took him to run. After he received his beautiful medal, he continued his usual post-race traditions — placing the medal around MY neck, giving me a long kiss, then spouting: “JACK, YOU DID IT AGAIN!” We both burst into tears from the extreme effort and courage Michael demonstrated to once again be able to earn and spout that ‘routine’ LaLanne-ism .

Now that his adrenalin and steel-resolve was wearing-off, he began to limp with severe pain. We waved down a taxi and went to Queen Mary Hospital where his ankle was X-rayed. The good news was that nothing was broken; the bad news was that his ankle and foot were hideously swollen and discolored. The Honolulu ER doctor and nurses, used to dealing with many exotic injuries such as shark bites, errant missile-like surf board concussions, nasty coral cuts, said they had never seen a foot and ankle like that! They probably thought him a bit foolish, but in their eyes I could see their admiration towards Michael for walking 24 miles on such a severe sprain to finish their hometown marathon.

A month later, with the best care from great doctors and physical therapists back home, and learning “Whoa” for awhile after constant “Go,” Michael was miraculously, almost completely healed. He was once again reminded of his hero. We lay in bed with our morning coffee and opened the newspaper to see the headline: “JACK LALANNE, DEAD AT 96, A LEGEND LOST.” Michael tossed the paper aside, dropped to the floor and pumped off 50 pushups, then jumped up and took his first run around the room — pointing to the sky and saying quietly: “Jack, you did it again.”