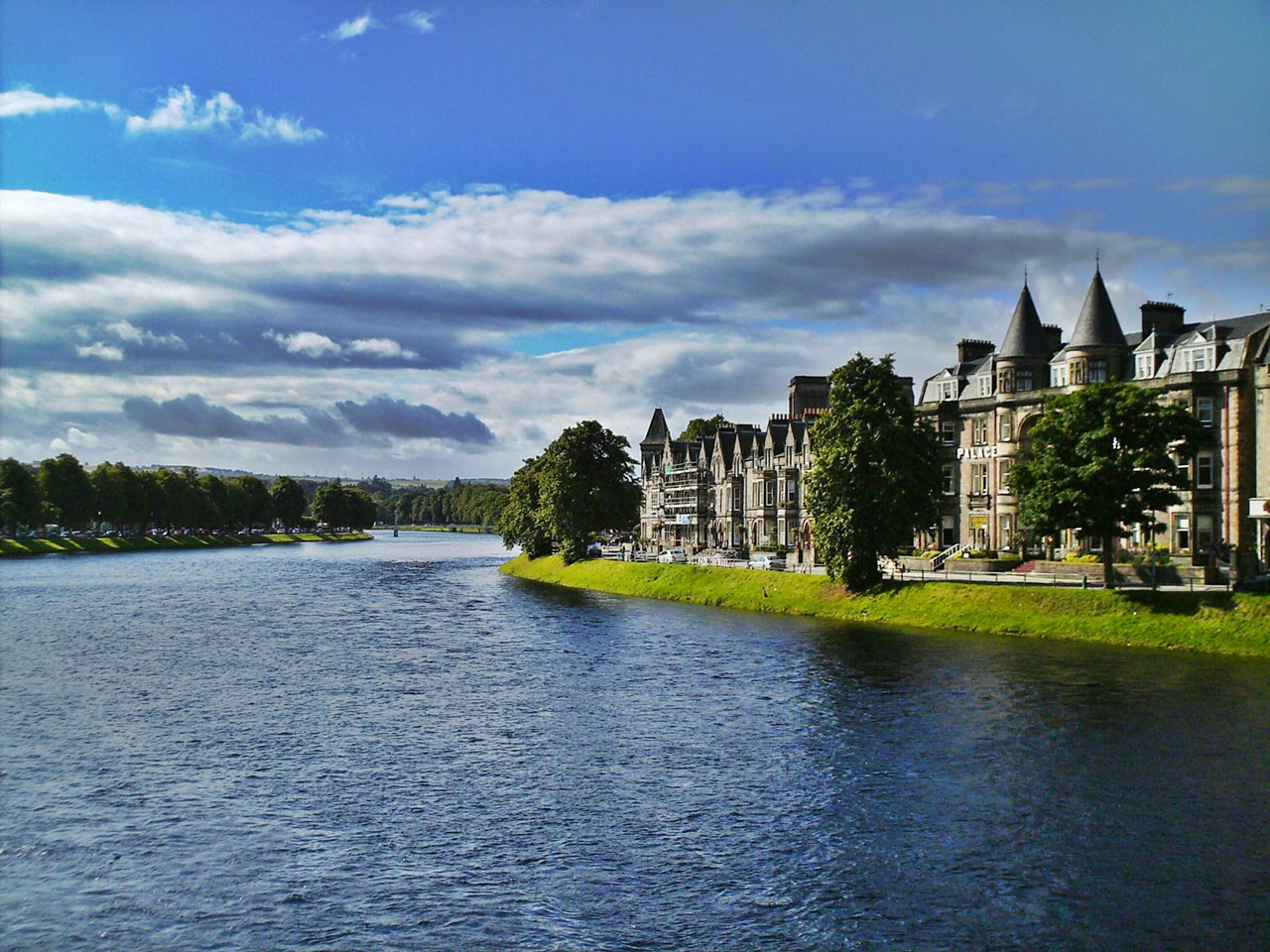 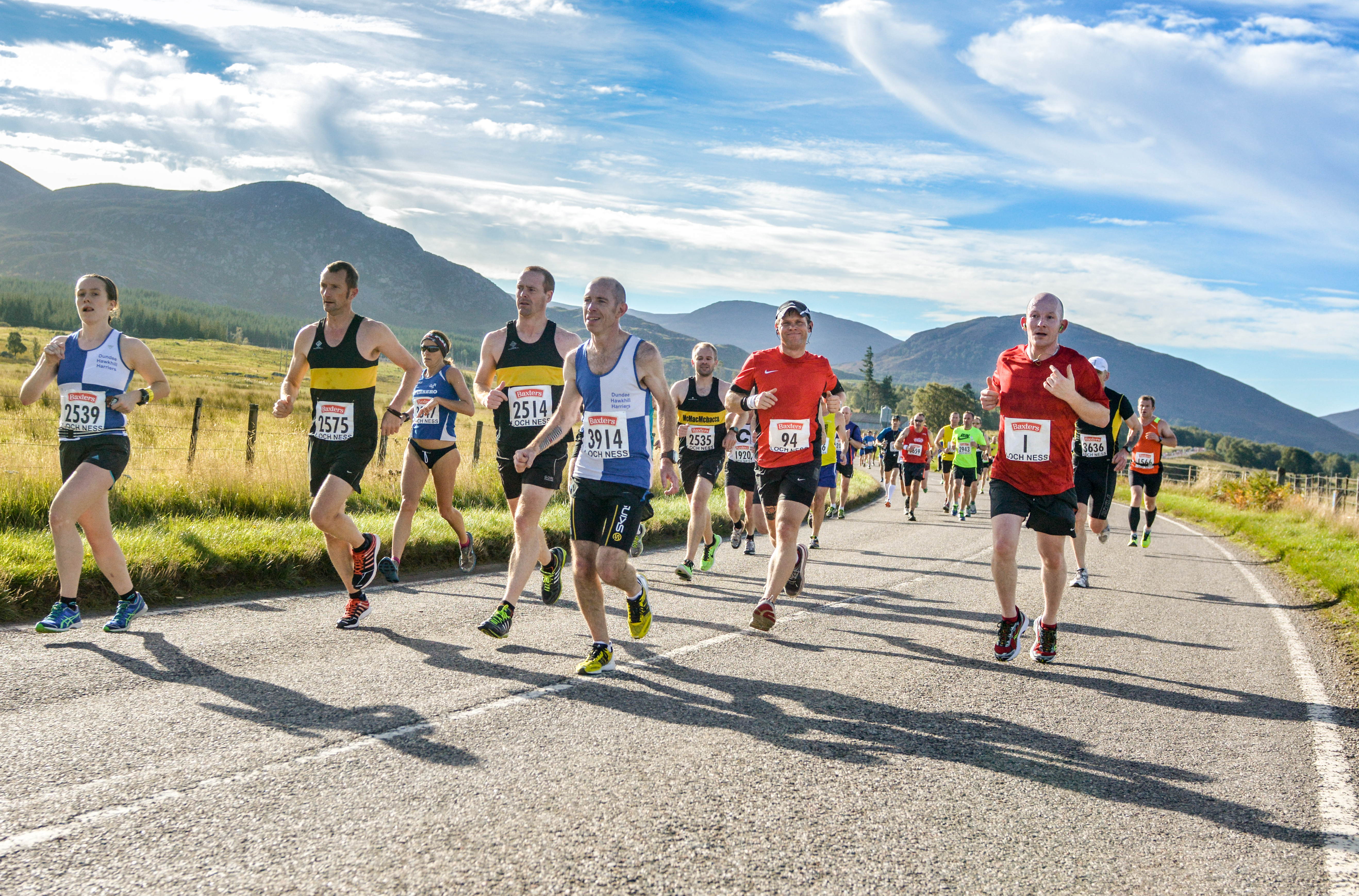 In a past life, brought forward in reoccurring nocturnal dreams, I was a Scottish Highlander. With long red hair and thistle-filled beard, and clad in nothing but a kilt — I roamed the mountain ridges, above mysterious lochs and craggy moors — chasing down massive stags and wrestling them to the ground by their giant racks. (I know, Sigmund Freud would have a field-day with this one!) And during this present life, whenever I hear the piercing lilts and drones of bagpipes or I’m immersed in the rolling thicket of a Scottish brogue, my soul leaps to attention and nods in recognition. Long overdue then, was a visit to the native land, with The Inverness Loch Ness Marathon the catalyst for going. Flew to Edinburgh, a beautiful city of art and culture, universities and museums. Edinburgh Castle, former home to a long line of Scottish Kings, sits majestically in the center of the city, upon a rise of dormant volcanic rock. The Grass Market, in the shadow of the castle, was wonderful. Once a medieval market place and site for public executions by hanging, the area is chock-full of pubs, restaurants, and independent vendors. What great bookshops! No bland, mass-market chain stores here. Each bookshop a treasure trove loaded with history, walls of leather-bound tomes, stuffed birds, sheet music, and arcane Scottish artifacts. Visited The Writer’s Museum, paying homage to Scotland’s triumvirate of literary geniuses — Robert Burns, Walter Scott, and Robert Louis Stevenson. Then took the train north to Inverness, capital of the Highlands. Ran a sub-4 hour marathon (3:58) around the fabled Loch Ness on a very challenging course. Rolling hills all the way and a mile long ascent at Mile 17. You see the Loch Ness Monster at Mile 20, whether there or not! A dozen bagpipers marched through the 3,500 runners gathered at the start — those heartfelt, high-pitched toots-and-bleats bringing tears to the eyes. 80 clans of Scottish striders wore their varied tartan kilts. It was like running amidst woolen rainbows. At a post-race, celebratory meal inside a 300 year-old pub, I tucked into a heaping plate of Haggis, the Scottish national food — sheep offal, consisting of a sheep’s liver, heart and lungs in a whiskey sauce. Disgusting to describe, but delicious to eat. Re: “Nessie,” the Loch Ness Monster, this I read from a local brochure: “Sonar techniques continue to yield enigmatic results: plesiosaurs, giant eels and too much whiskey are the most popular explanations.” We then took a series of trains and buses all around the country, reaching another quaint town and hotel (converted old house) every night — letting it happen; making it up as we went along. The Highlands and especially the Isle of Skye were stunning — loaded with rugged mountains, tall waterfalls, mirror-in-the-water lochs, fleecy sheep, castles in magnificent ruin, wild salmon-filled rivers, shaggy Highland cattle, and sudden pillars of light: brilliant god beams cutting through the mists — illuminating the ancient land of legends and magical tales. A pilgrimage was in order out to the Talisker Distillery on the west coast of the Isle of Skye. Talisker is my favorite single malt scotch — full-bodied and smooth, with a deep intensity, and long warming finish with tones of smoky peat and the tang of the sea lingering on the palate. With a golden amber hue imbued from oaken casks, each bottle is aged from 10 to 30 years. Whiskey was invented in Scotland and the word means “water of life.” Worldwide, an average of 30 bottles of Scotch whiskey are sold every second. One of the most charming steps in whiskey-making is the “Angels’ Share.” While the whiskey matures, some water and alcohol pass as vapors through the casks. About 2% is lost each year — almost 17% in the 10 year wait at Talisker. “We don’t resent it and I’m sure it’s appreciated,” the female tour guide said, through a grin and pixie twinkle. We sipped deep from the cup of a favorite, magical country. HASTE YE BACK (Hurry Back) the last road sign read, and we will.

Q: “What is worn under a kilt?”
A: “Nothing is worn lass.
It’s all in perfect working order!”