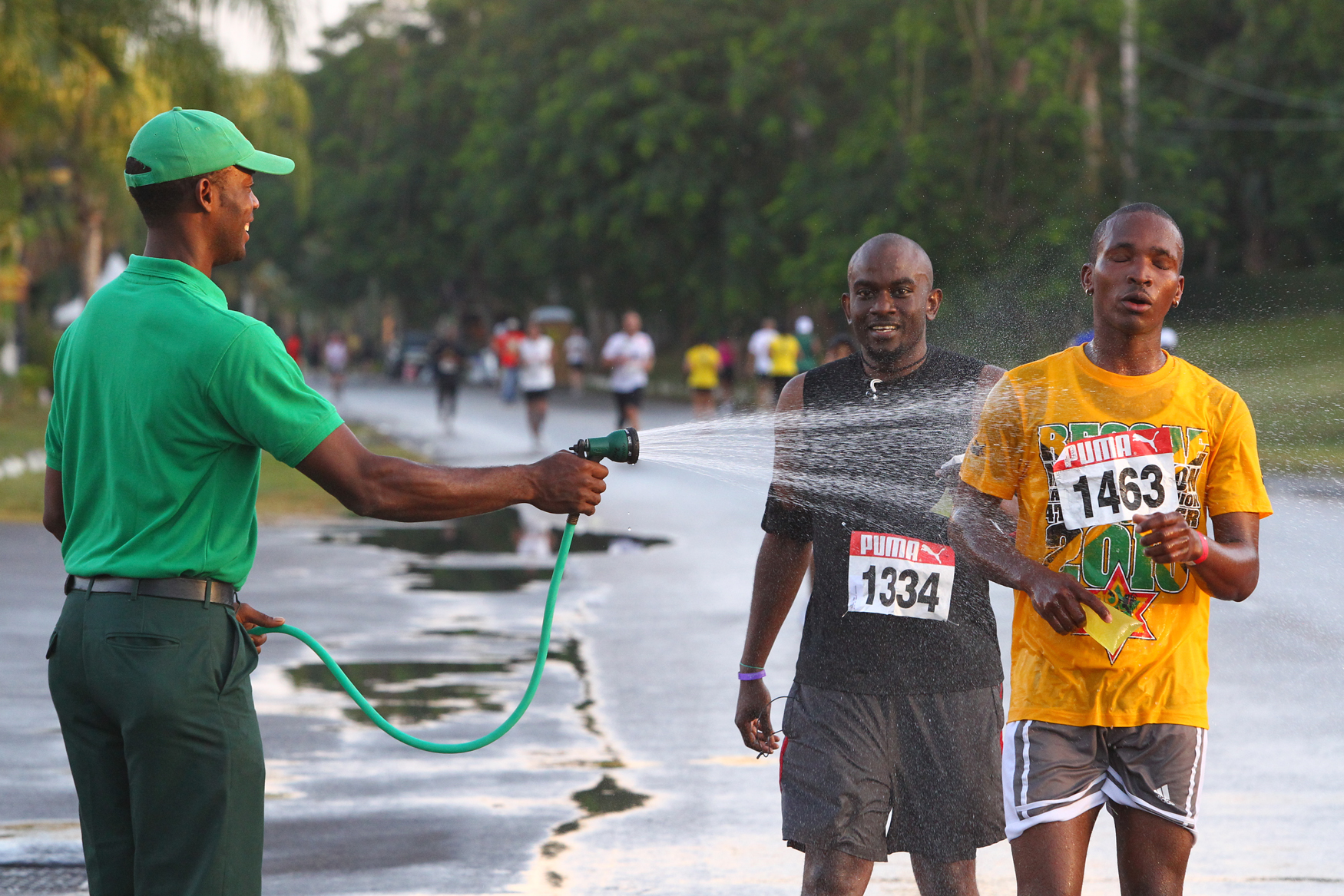 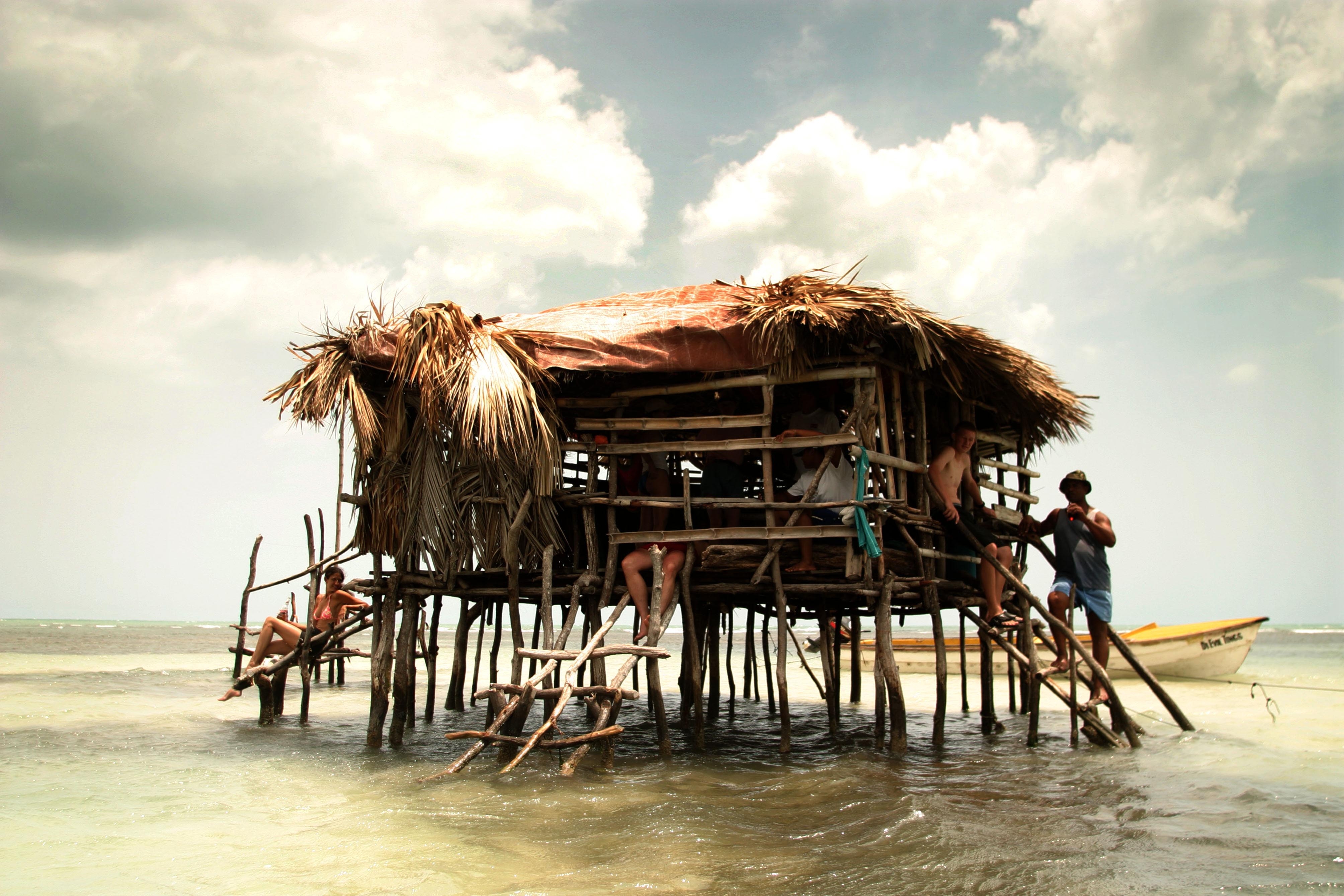 Most laid-back and enjoyable of the marathons so far. 200 runners gathered early in the pre-dawn darkness in Negril, the remote and nature-dominated west side of the island. Natives raised flaming bamboo torches and Rastafarian drummers called down the spirits of fair competition and mutual respect. A horn sounded and off we went on an out and back course with spectacular views of the tri-colored, tropical ocean and we ran through an Eden jungle edging the road that emitted a lush vital vibe, with 3,000 varieties of flowering plants on the island, including 800 species found nowhere else in the world. The Jamaican birds are flying jewels. (In fact, when Ian Fleming was writing a series of spy novels on the island — needing a name for his main character, he happened to glance at a nearby book: The Birds of Jamaica by. . . James Bond. Tweedy ornithologist immortalized as studly 007. We passed through sleepy villages full of smiling faces. With the tropical sun blazing during the latter miles, the heat and humidity were eased by gentle breezes off the ocean and the Aid stations were well-stocked with water and Gatorade in plastic pint squeeze pouches, enabling you to sip without spilling, maintaining full hydration. However, the real fuel for going the distance was the ever-present Reggae music from live bands and boom boxes. Of all the styles of music, the reggae rhythm is said to most resemble the human heartbeat. Perfect for running. I’d catch a smooth groove and ride it like sonic surf. At the finish line we were rewarded with coconuts and Red Stripe beer, and I topped off the morning with a dive into the ocean from 7 Mile Beach, one of the most beautiful stretches of sand in the world. Ja’ Mon. Every little ‘ting was covered in a relaxed and friendly manner. “One Love,” all the way.