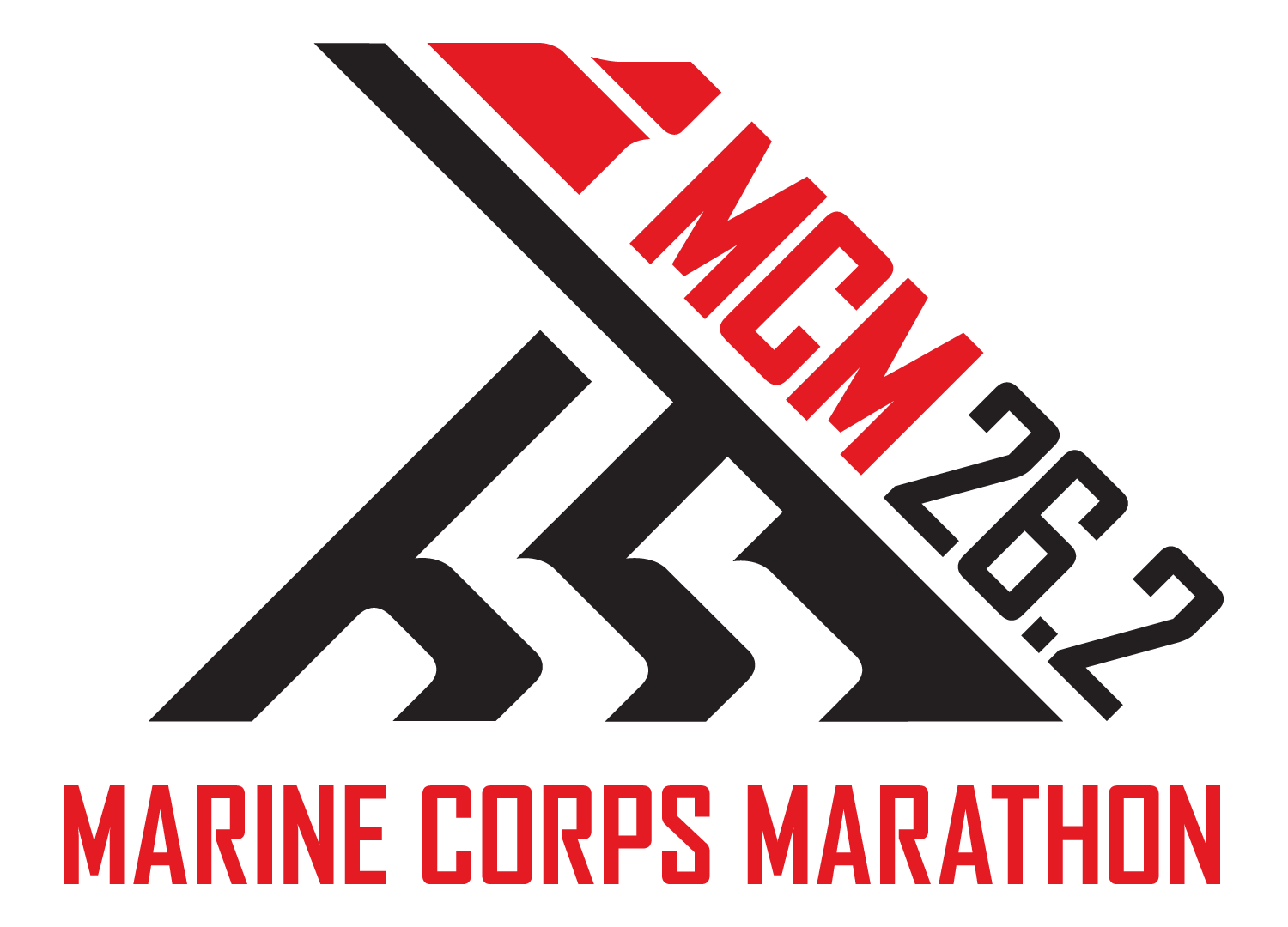 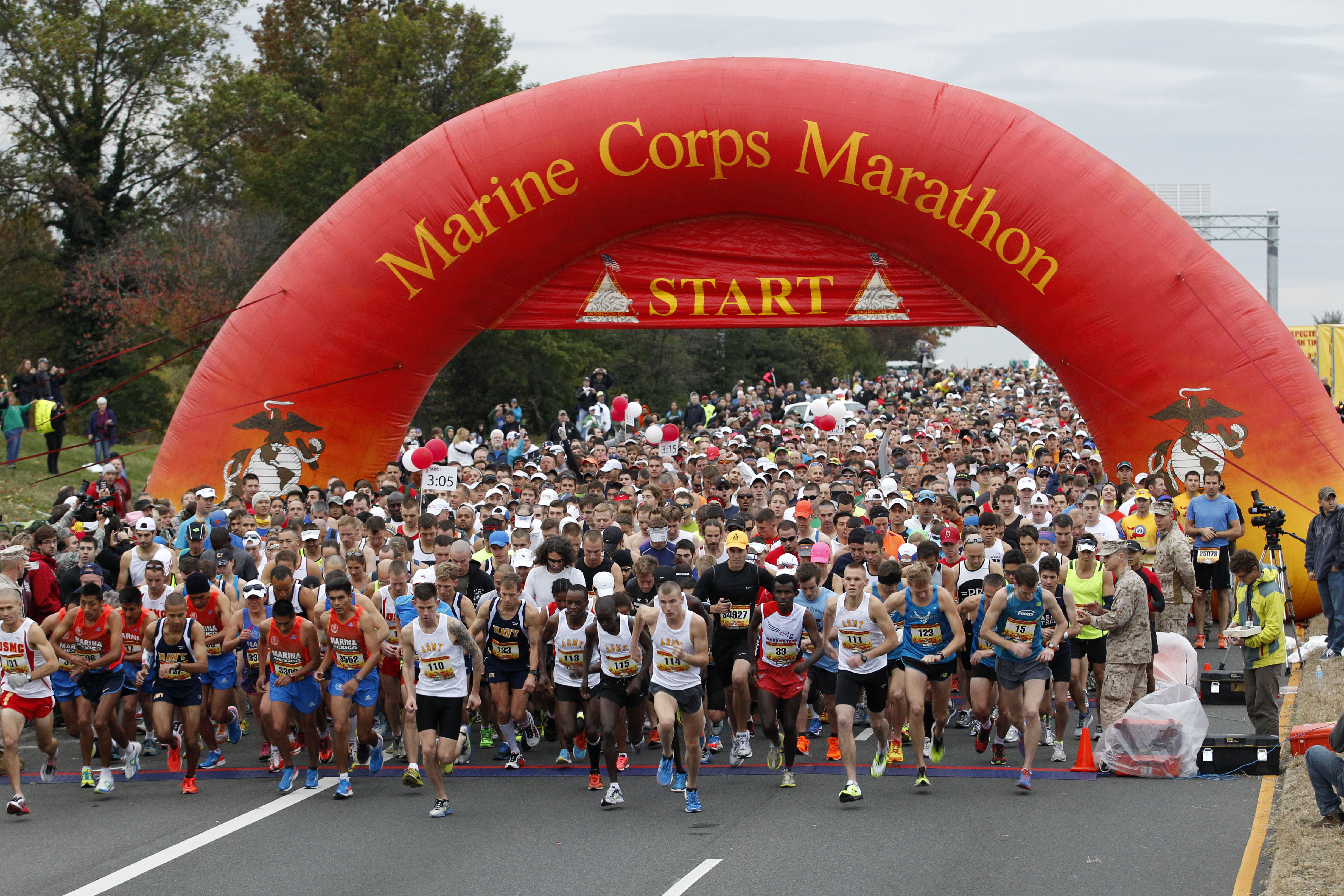 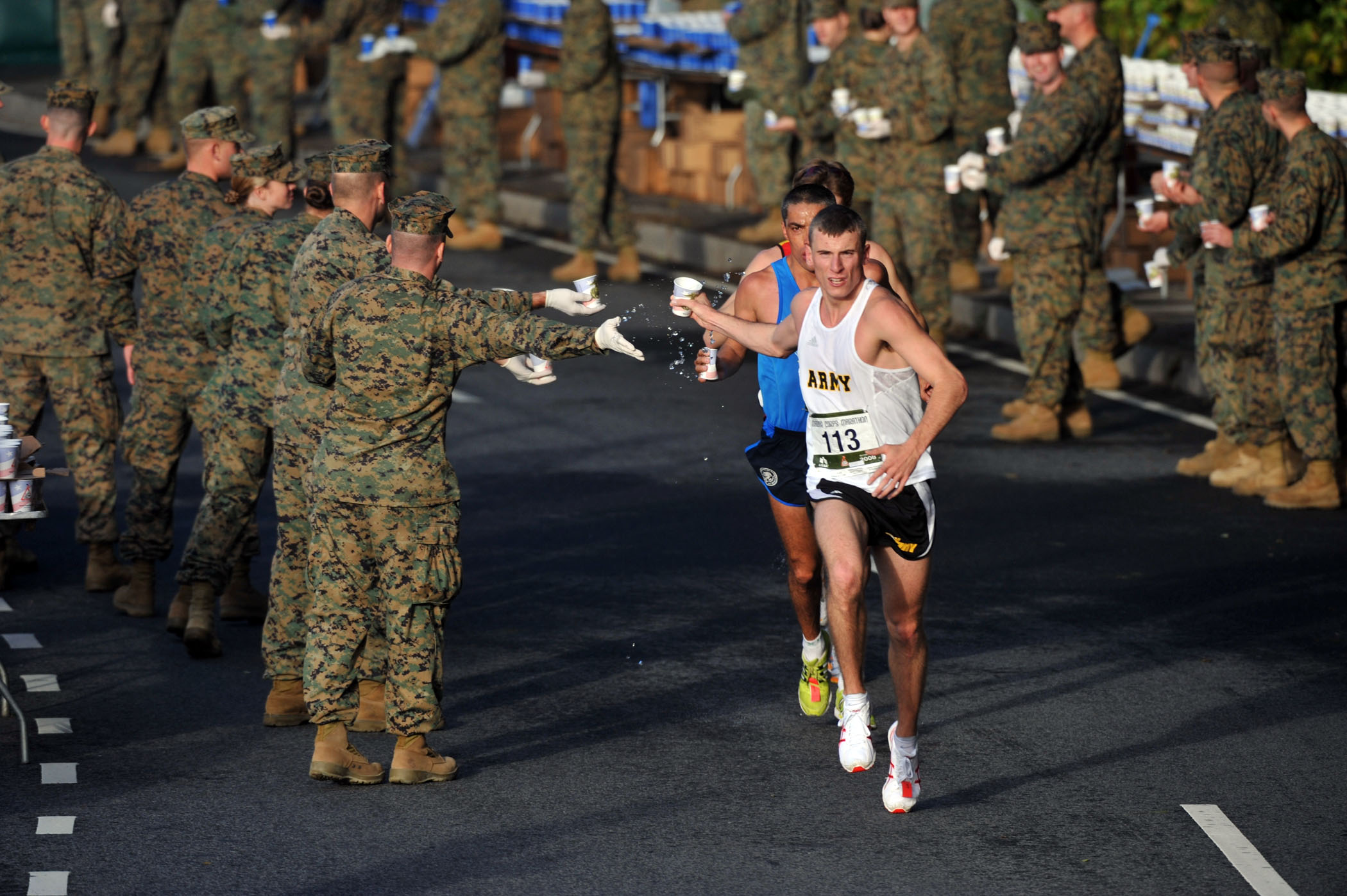 Cool, crisp autumn Sunday in Washington, D.C. Called “The Marathon of The Monuments” and that it was, as route took us all around Washington, Jefferson, Lincoln monuments, Arlington Cemetery, past Watergate Apartments, through quaint Georgetown, with red and gold leaves raining down. Put on by the Marines, with military precision. 32nd year. The Marines manned all the Aid Stations dressed in combat fatigues and many ran the marathon in same garb, high-and-tight haircut, and combat boots, no less + names and pictures of fallen comrades in Iraq pinned on their backs for inspiration. So many runners, difficult to really open it up as you were boxed in most of the course and slowed down at bottleneck turns. Crossed the finish line with a group of Marines. Leader barks to his exhausted charges: “Anybody can run a marathon. No give me 50!” I jumped in with them; we dropped and cranked out 50 pushups. Then back on our feet, we lifted hands together and shouted the Corp call: “HOO-RAH!” Finished in 3:53:36 — 3,648 out of 22,000 — top 16 %. Marathon medal is some serious Bling. Marine Corp symbol of Eagle atop the World with Anchor through it. Stainless steel; five inches long. Didn’t go back to hotel (too far away on metro line), so after race toured the great Museums — Smithsonian, American Indian, African Art for another five hours. Where does Energy come from? The Inuit people have a word: “nuannaarpoq” meaning “the extravagant pleasure in being alive.”