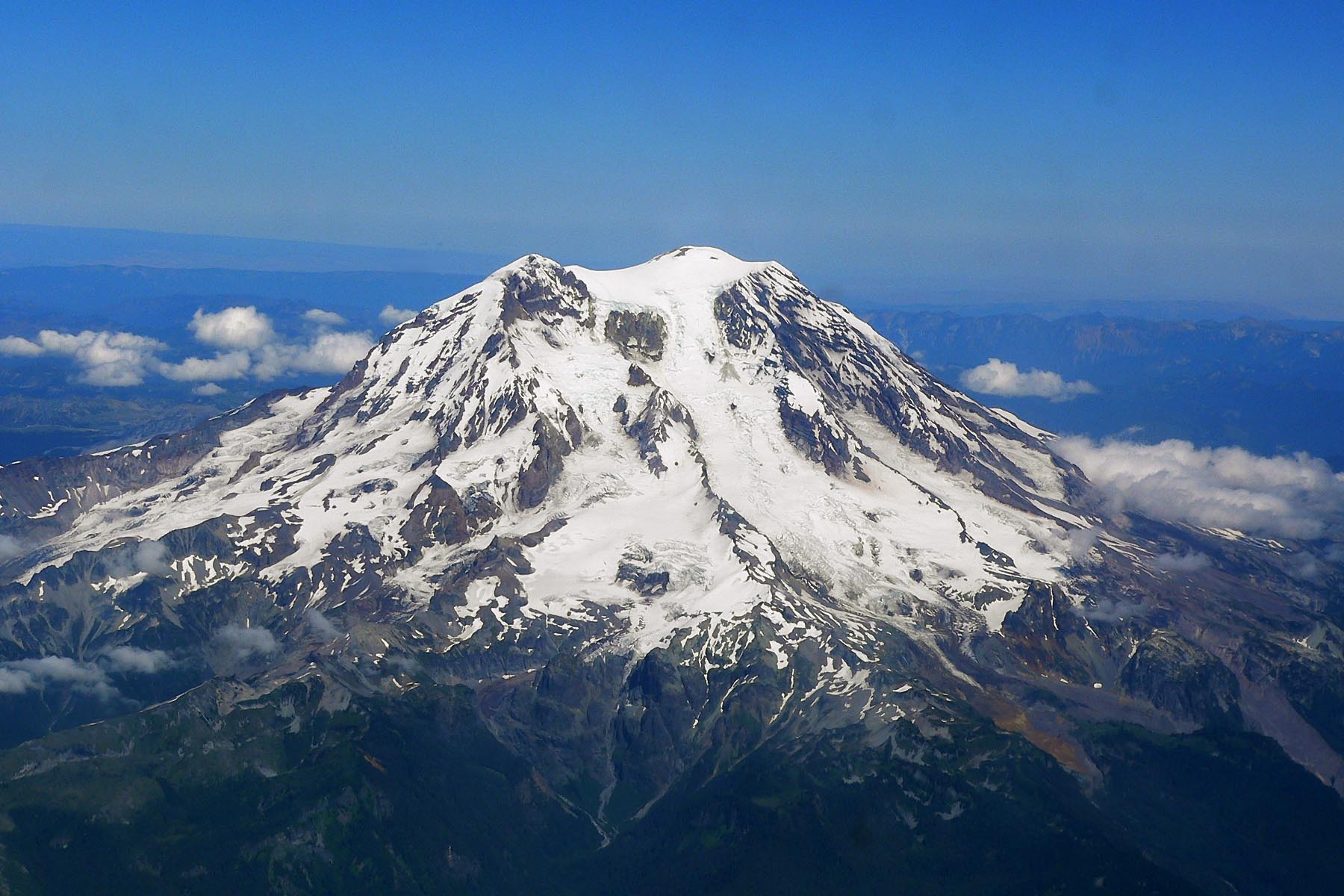 Mount Rainier from the West
. 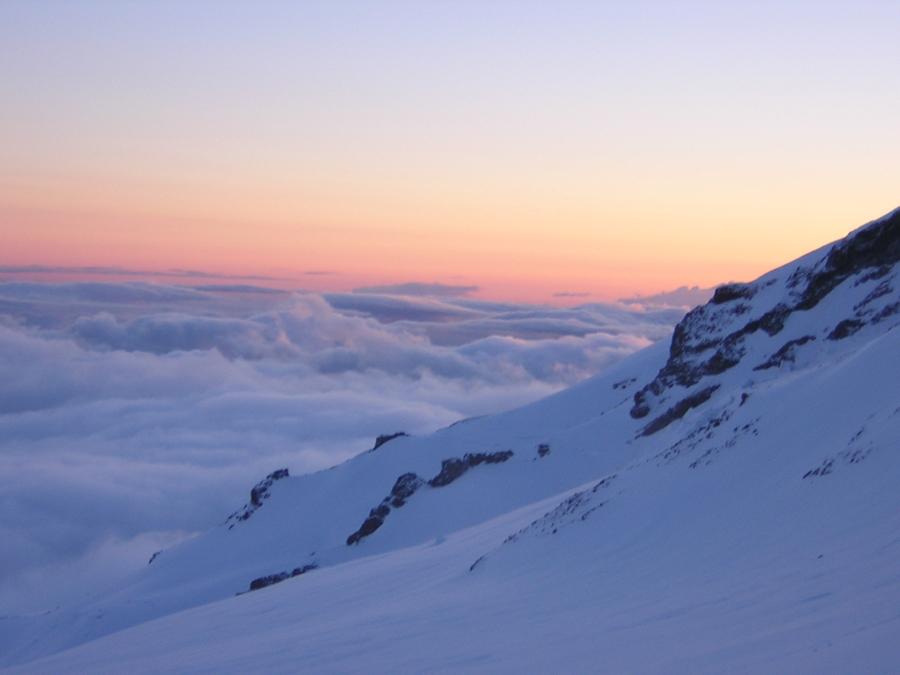 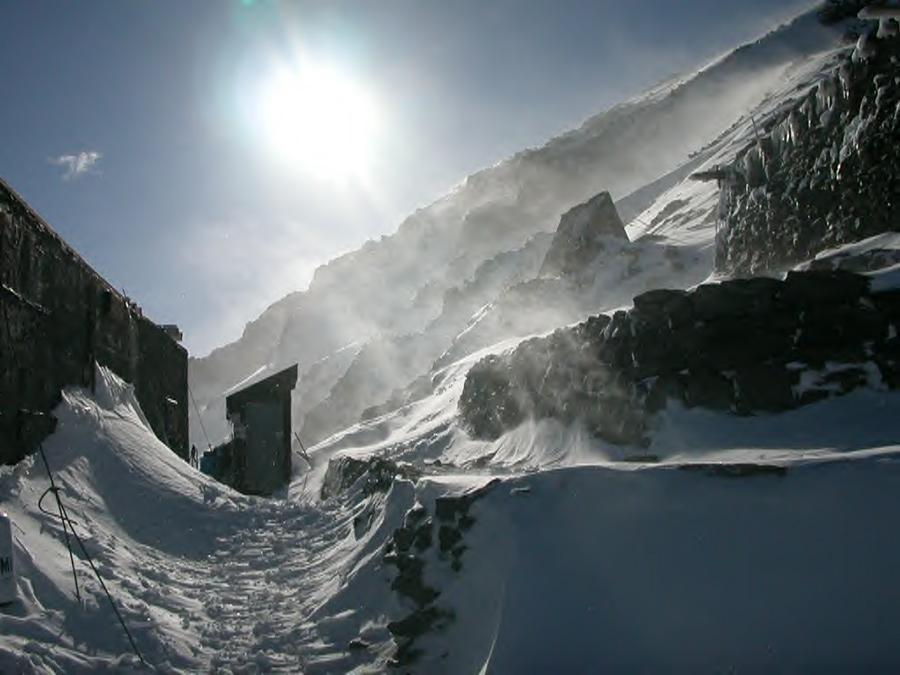 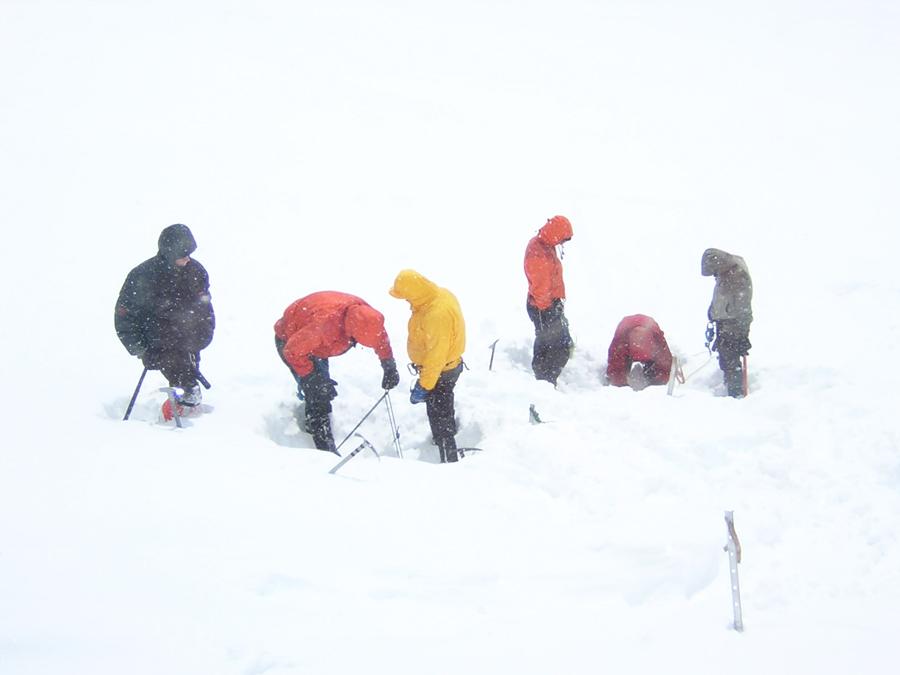 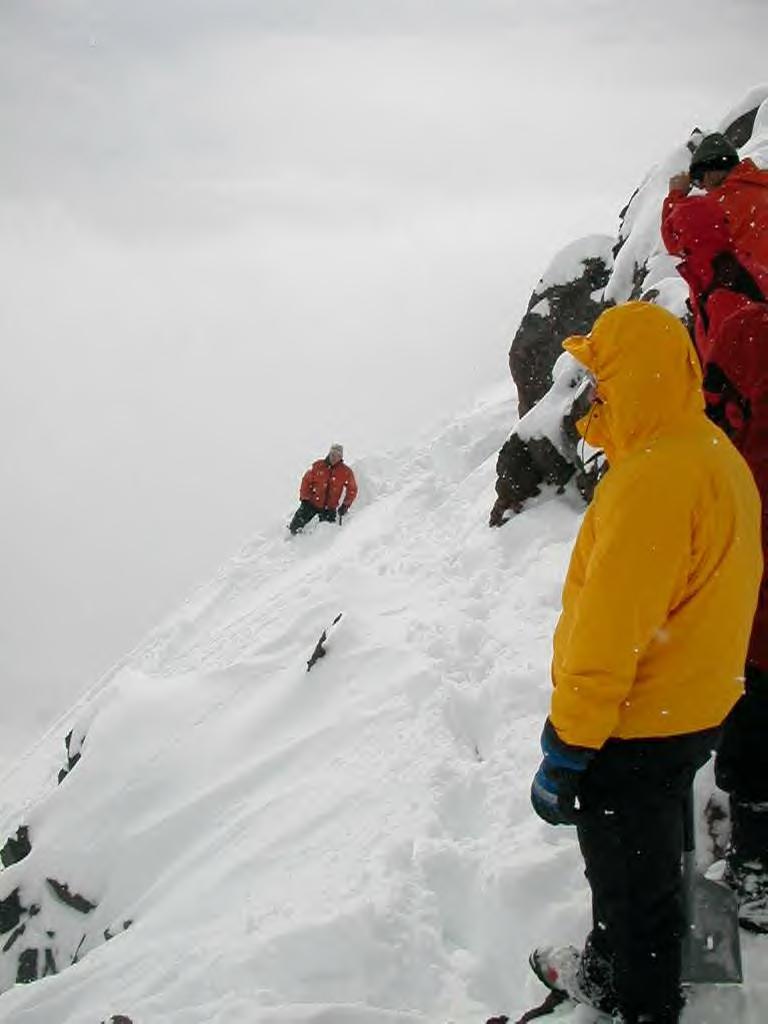 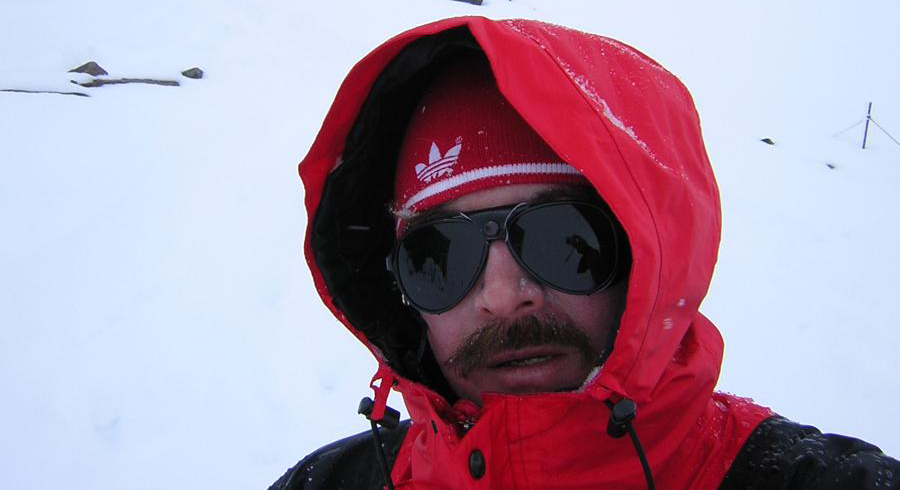 Looming above Seattle, Washington . . . Mt. Rainier at 14, 410 feet and with 27 glaciers is an arctic island in the temperate zone. Went for a week long Winter Expedition Seminar conducted by Rainier Mountaineering, Inc. to hone my skills for upcoming big mountain climbs. Under the expert leadership and tutelage of RMI guides (these guys know every inch of Rainier and most mountains around the world, with RMI, owned by Lou Whittaker, long providing climbers for famous Himalayan ascents), we learned and practiced ice axe arrest, cramponing, glacier travel, crevasse rescue techniques, belays, snow cave construction, fixed rope travel, avalanche forecasting and finding one another with electronic avalanche beacons.

The first day we snowshoed from Paradise (5,400 feet) to set up camp above 6,000 feet. Our group was an eclectic lot: a physicist; commercial aircraft mechanic; corporate cell phone technician; author; teacher; a female member of the Royal Canadian Mounted Police; a Hawaiian sea captain and scuba instructor who taught Demi Moore how to dive, among others . . . with all sharing a deep love for mountains and adventure.

The next day we slung 50 pound packs on our backs and climbed 4,000 vertical feet up to Camp Muir. The wind picked up; snow swirled; and for the last 1,000 feet, in a whiteout, the lead guide relied on a compass to get us to the plywood shack nestled in a mountain saddle at 10,060 feet.

From shelter, we are conditioned to expect comfort: going inside to be warmed-up by a heat source. None of that here. In fact it was colder inside the shack than out. Snow stayed frozen on the wood floor and during the four days of blizzards, you had to shovel your way out of the hut, due to a buildup of snow gusting through the door frame cracks. As it should be on a mountain, survival originated totally with you. The only source of heat was your own body, and with such critical self-reliance you learn to feed the furnace with optimum fuel (no South Beach Diet at 10,000 feet and 10 degrees: a profusion of slow-burning carbs rule the days and antifreeze butter went on everything; even a dollop in your tea). You try to stay in constant motion, and your high-tech clothes are tested to the max.

Living in such tight quarters and challenging conditions, you open-up and share things you wouldn’t in normal life. One night, after listening to a long litany of male shenanigans and transgressions tossed gleefully back and forth in the cabin, the lone woman, Mountie Amanda said: “If I had eight pairs of handcuffs, I’d arrest and throw you all in jail!” In case anyone wonders about occurrences of hanky-panky in such a place . . . fahgetaboutit. The elements all conspire against Amor: you haven’t showered or changed clothes in days, teeth brushing is spotty at best, and you are so buried in multilayers of polypropylene, fleece, and Gore-Tex that just undressing takes half the night. However, a “vital fluid” was shared the second evening. Andy, a physicist from Los Alamos, New Mexico, seeing that Amanda was bundling up to go out to the Loo, from the deep warmth of his sleeping bag, rent the frozen air with a plaintive inquiry: “Amanda, could I ask a favor?” “Sure,” she said, “What is it?” “Could . . . could you please empty my pee bottle?” he said, holding out a full Nalgene quart jug. 99.9% of women, at that moment, would have screamed: “Ewwwwww!” and run the other way. Not cool-and-collected Amanda. She nonchalantly grabbed the urn, tucked it under a well-garbed arm, switched on her headlamp and tromped undaunted out into the swirling night snows. (Amanda later said that the jar felt so warm that instead of emptying it, she momentarily thought of taking it to bed with her as a hot water bottle!) Strange the intimacies among isolated climbers pushing the outer limits of the human experience.

The evening of the fifth day, high-pressure weather came in, inflating the sky like a blue balloon. There, poking up through a cloud bank, were three snow capped volcanoes in “The Ring of Fire”: Mt. Adams, Mt. Hood, Mt. St. Helens (with blown cone) gleaming and majestic in the distance. The team went for the Rainier summit the next day, but were halted at 12,000 feet due to deep snow and avalanche danger. In 1981, a massive piece of the icy upper mountain fell 1,000 feet and moving 100 mph, killed 11 climbers in its path . . . the worst mountaineering accident in North American history.

The next morning, with the seminar completed, we packed up to descend. The mountain slammed the door on the nice weather and once again threw everything she had at us: fierce cold, 50 mph winds, horizontal snow, total whiteout. Unable to see the route down, one of the guides stopped every couple hundred yards for a compass bearing. It was nasty. My mustache froze and goggles iced over. After waiting twenty chilled minutes on a high ledge for another guide behind us, who was lost, to find his way (John talking Mike in by radio), we then slowly picked our way down the mountain. It was the type of blown-out weather that if you were climbing Denali you would call a rest day and not even leave your tent. But we all had jobs to get back to, so we forced the issue and made it down. Of the six Winter Seminars on Mt. Rainier in 2003-4, ours (in April) had the worst weather by far.

I then flew to Phoenix, Arizona to visit family: going, within 24 hours, from 0 to 100 degrees! Yeah baby . . . live it up: top to bottom; cold to hot; snow to sand — for we know not how long we have upon this glorious land.