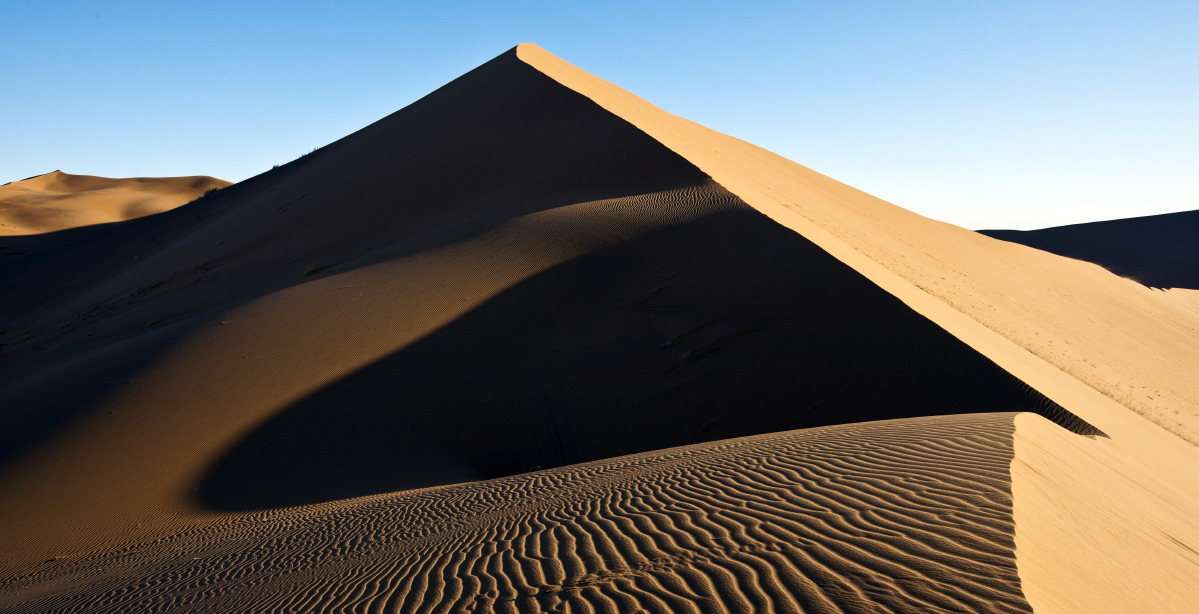 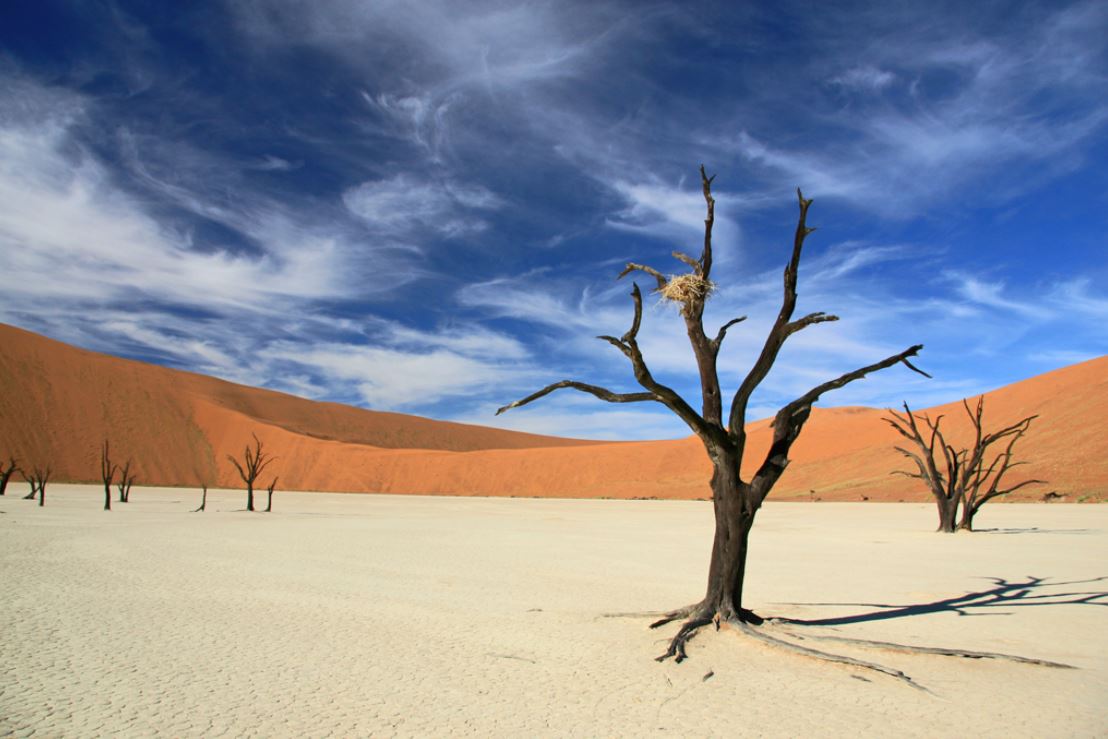 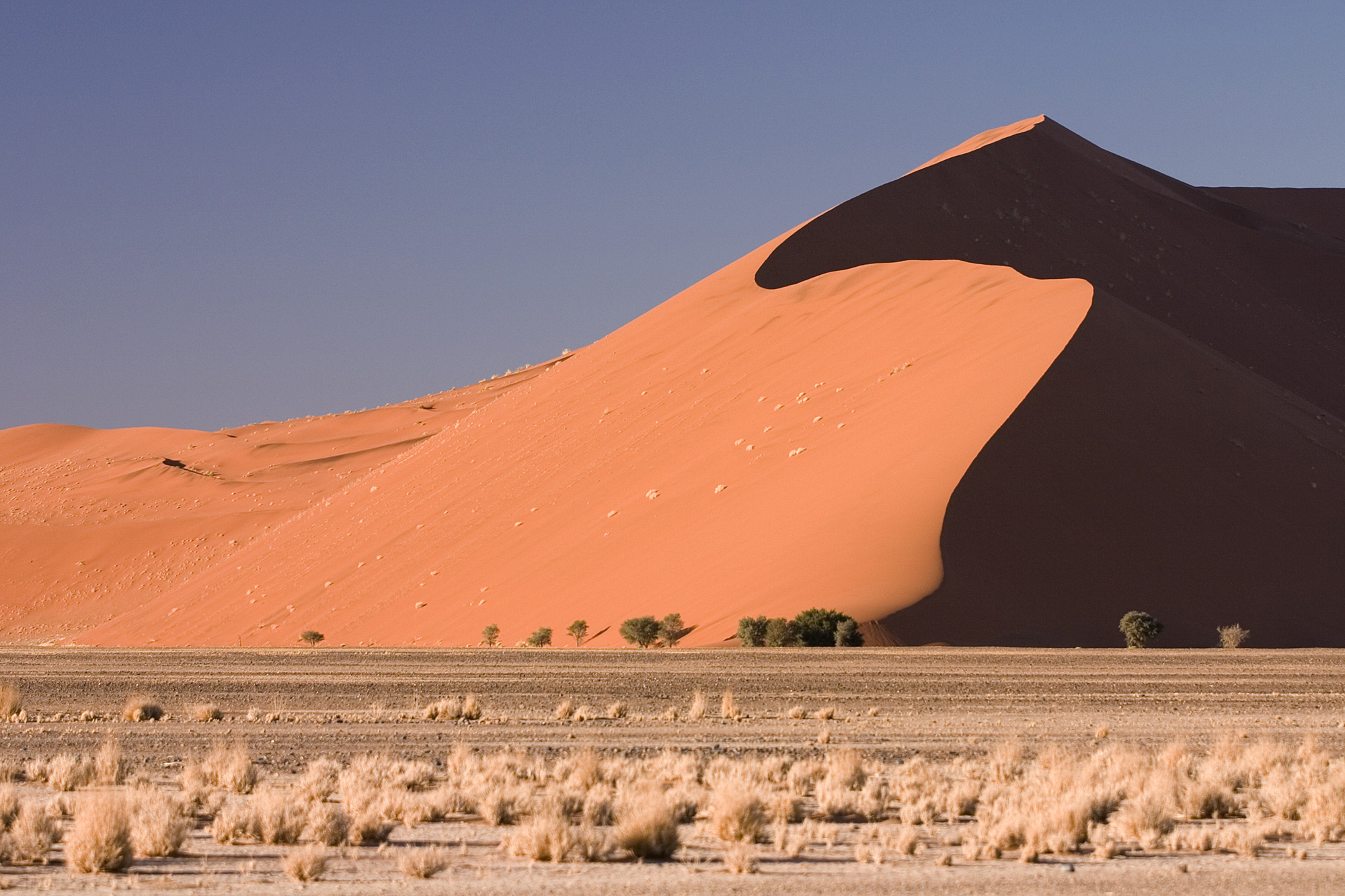 Think of Africa and you might envision vast herds of wild animals migrating across the Serengeti Plain or the Congo’s impenetrable green jungles interlaced with Tarzan’s vines. However, there is a place in Africa far off the known and beaten path — a stark, surreal area that if it didn’t exist, Salvador Dali would have imagined and painted it. In Namibia, burning desert sands meet the southern Atlantic Ocean, and a cold current streaming up from Antarctica produces thick fog along the Skeleton Coast, where the corpses of over 100 shipwrecks are preserved in the shifting sands. In the oldest desert in the world (130 million years), the bizarre and arcane are the rule, not the exception: beetles do head-stands atop sand dunes to catch the condensation that beads-up on their extended legs and trickles down into their parched mouths. . . lions hunt unsuspecting seals along isolated shores. . . small herds of exploratory elephants, on mysterious hegiras deep into the desert, sniff the sand with pendulum trunks and then tusk-dig down to unseen subterranean streams. . . the vast quiet is occasionally broken by eery music as the sand dunes “sing” and roar from electrostatic discharge between individual grains as they avalanche from the steep peaks down the sandy slip-faces. . . at remote diamond mines, abandoned Victorian houses, stores, and dance halls are now filled with rising mounds of sand. . . the night sky is more stars than darkness and there is so much celestial light that at midnight a man casts shadows upon the flat, pressed desert pan. While rambling across magical Namibia, I climbed the tallest sand dune in the world. In the central Namib Naukluft National Park, the Sossusvlei Dunes tower above the desert plains, 1,000 feet tall — shifting in chromatic colors, from magenta to apricot, then burnt sienna as the sun slowly arcs across a blue chrome sky. THE tallest dune changes, depending where the prevailing wind has deposited the most sand. There’s “Big Daddy” and “Big Mamma” dunes, but I went up a massive rise that has remained unnamed. The climb was more demanding than scaling rock, for every few steps forward you slid one step back in the steep sand. I followed ridge lines up and three hours later, from the summit, absolute silence roared in my ears, and I looked, as if in a dream, out over dunes cresting like time-stopped waves out to the horizon. Then on the descent, the wind rose and filled in my footprints — erasing my tracks, replacing the temporal with the eternal.