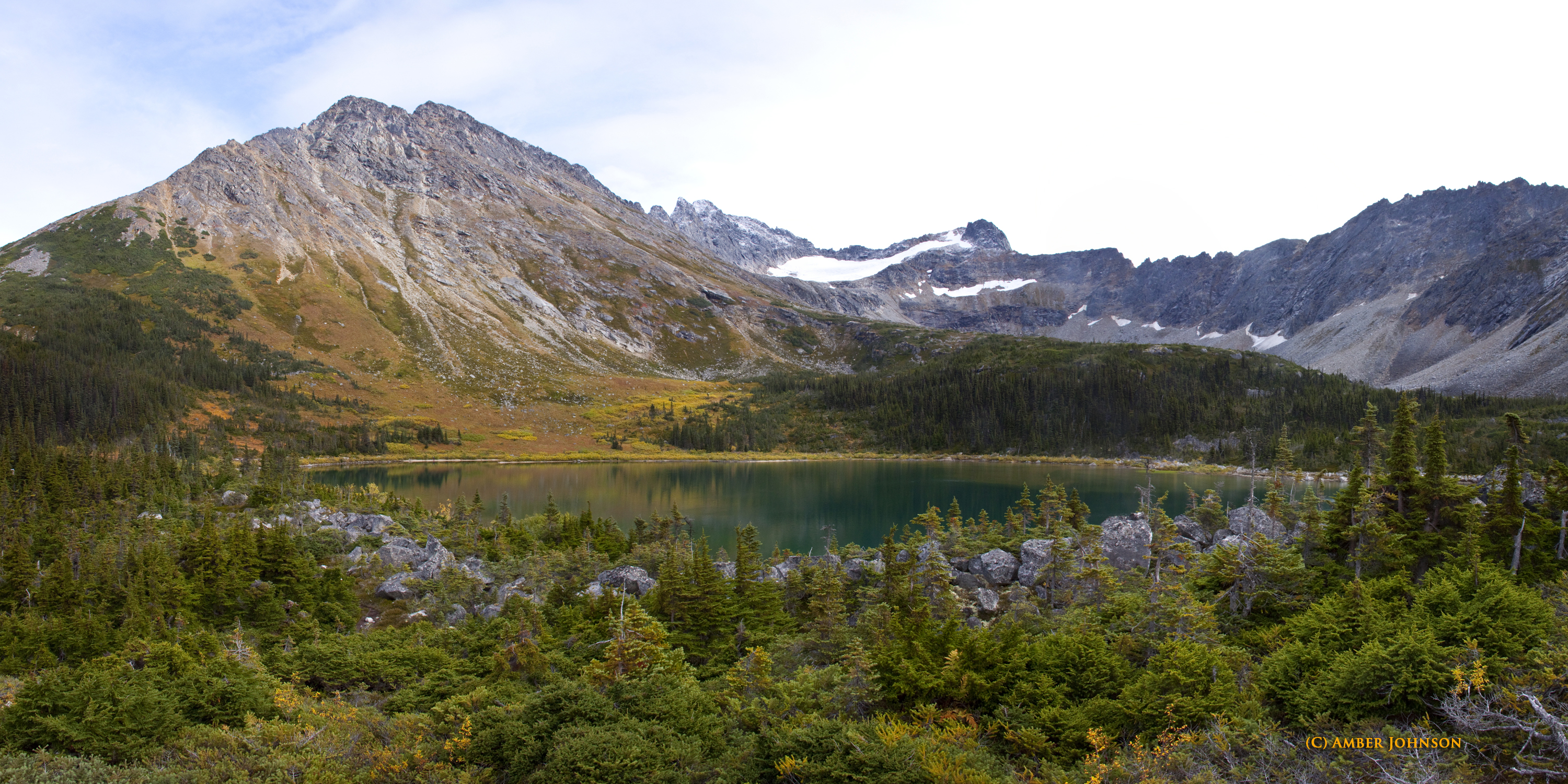 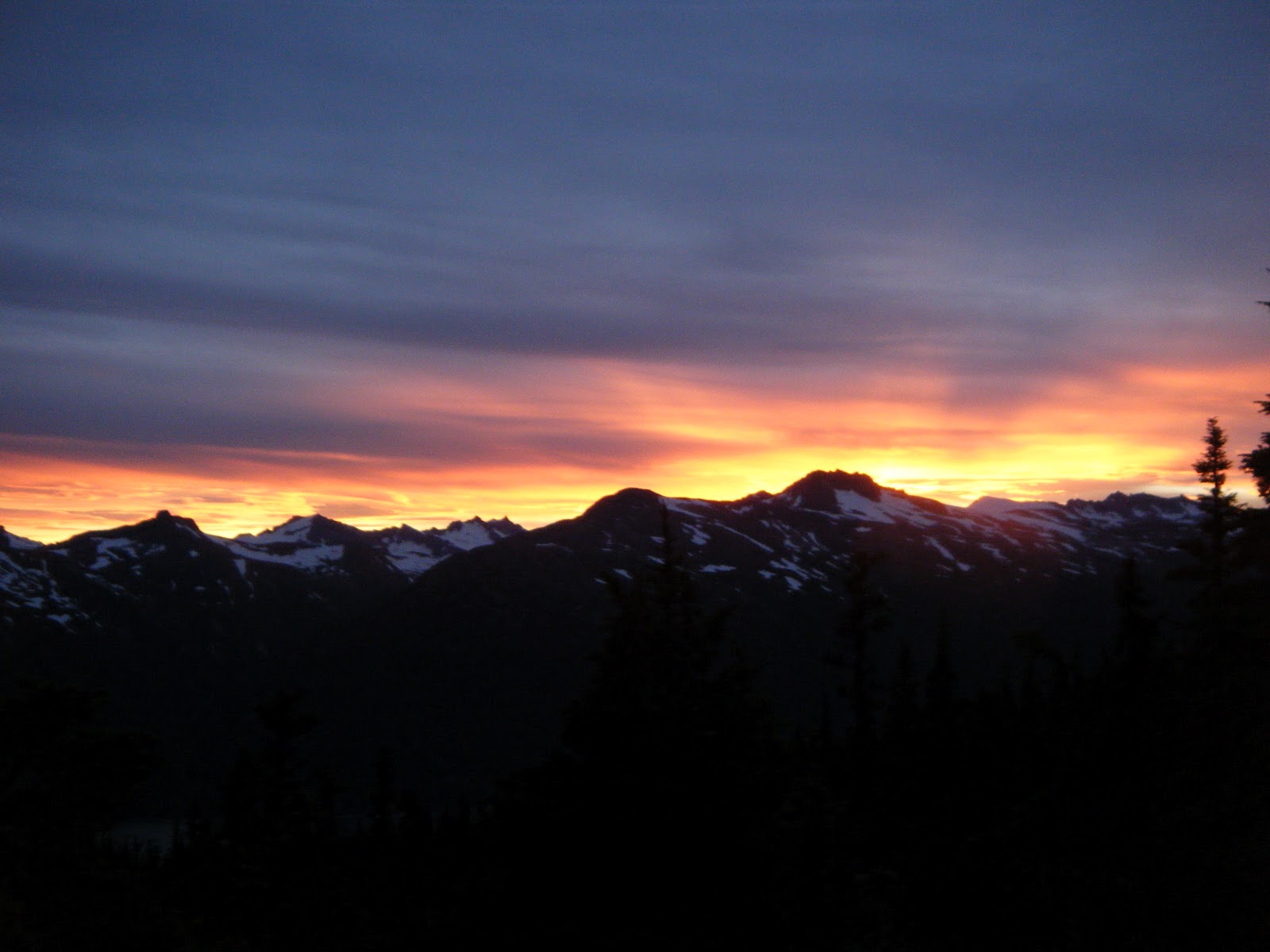 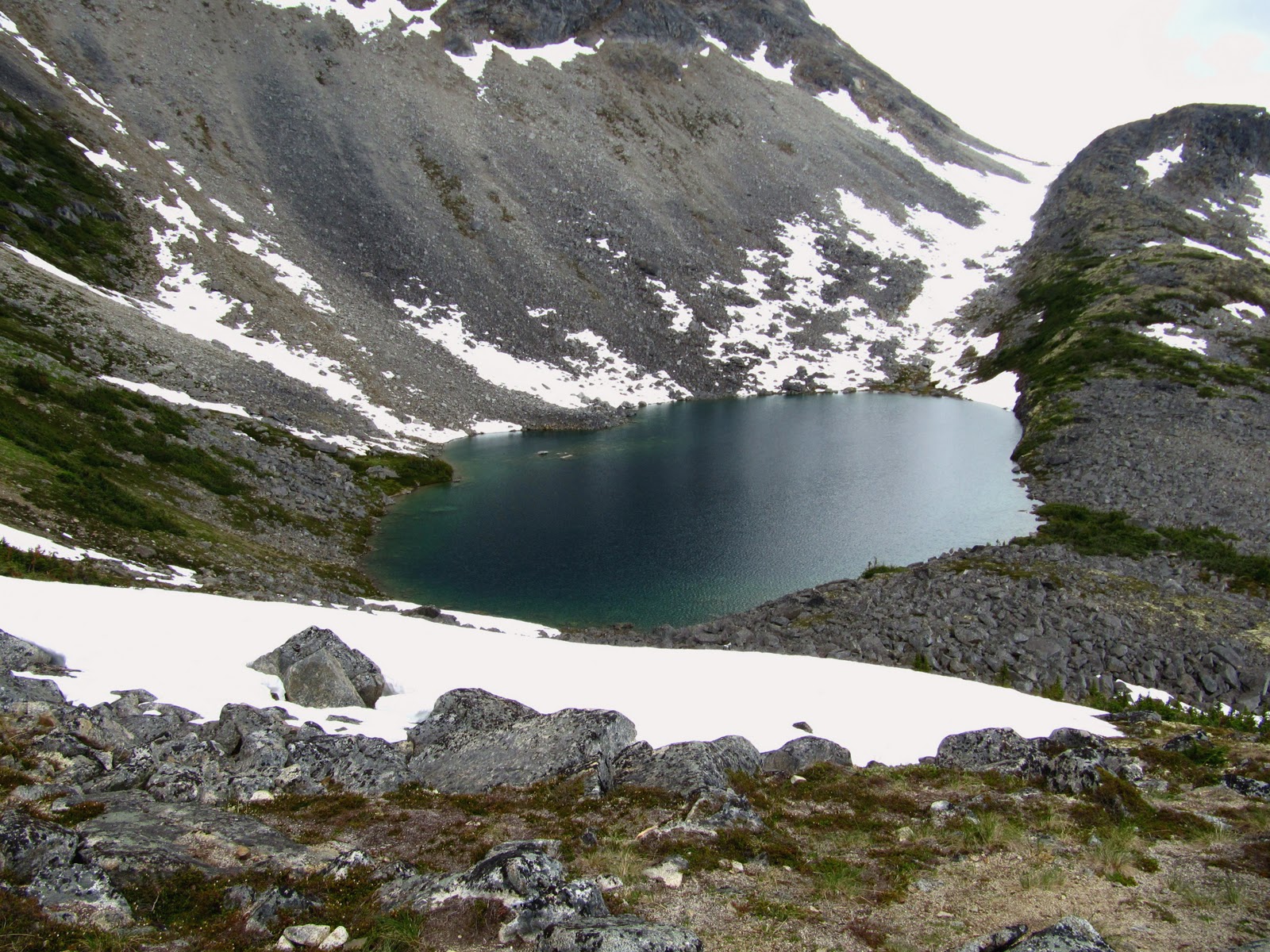 3,000 feet above Skagway, Alaska, crowning The Dewey Lakes Trail System, is a lake cupped in a glacial couloir between soaring mountain peaks. The trail up is tree and bush-lined, so there’s always the sudden surprise of topping-out at the expansive lake, with swirling mist concealing and revealing the jagged peaks and a gleaming blue glacier plastered high on a mountain — the sculptor of this rugged land. Clear days, the lake perfectly mirrors the anchored glacier and a slow procession of schooner clouds. There’s an abandoned miner’s cabin, lakeside, to duck into to get out of the weather or camp overnight. 1,000 feet higher, south of Upper Dewey Lake, is The Devil’s Punchbowl, where with one turn of the head you see freshwater pooled in the punchbowl and far below — an ocean fjord’s extended gash of saltwater.

When Alaskans build trails, they don’t believe in gentle, meandering switchbacks. No, they punch the path straight up the mountain, figuring life is short, go for the gusto! Upper Dewey is an on-your-toes, constant calve-burner on the unrelenting steep ascent and a quad-and-knee-buster on the way down, as you step carefully on the rugged root and rock strewn path. There are turnouts to catch a blow and admire raging waterfalls. Wildflowers festoon the forest; grouse roost and thrum in the trees; bears crash by in off-trail thickets; Camp Robber Jays light up the woods with bright blue wings as they swoop along in hopes of a handout.

I’ve done the climb 30 times — an ongoing landmark in my life. It is where I measure my fitness level each spring, post-holing through deep snow to reach the iceberg-filled lake. . . guide new climbers up for their first time, at the height of summer, seeing it all anew through their eyes as they effusively marvel over the spectacular vistas. . . charge up solo late in the season, with an autumn nip in the air, as my blitz is fueled by intermittent bursts of blue berries from the bushes tunneling the trail.

Once back down to sea level, ritual requires that Upper Dewey climbers, one or all, pour into The Skagway Fish Company for cold Alaska Amber beers and crispy crab cakes — tasting so much better when earned by arduous effort. (That first sip of fresh-from-the-tap Amber, after doing 8,000 vertical feet in a day — AHHHHH! It’s a golden, stop-time moment that expands through your life with joy and meaning forever.) The climbs, infused with so many good memories and high times, have worked their way into my friends’ vernacular. Whenever we want to describe an ultimate experience in life, we simply say that it was, “Upper Dewey” — and that says it all.