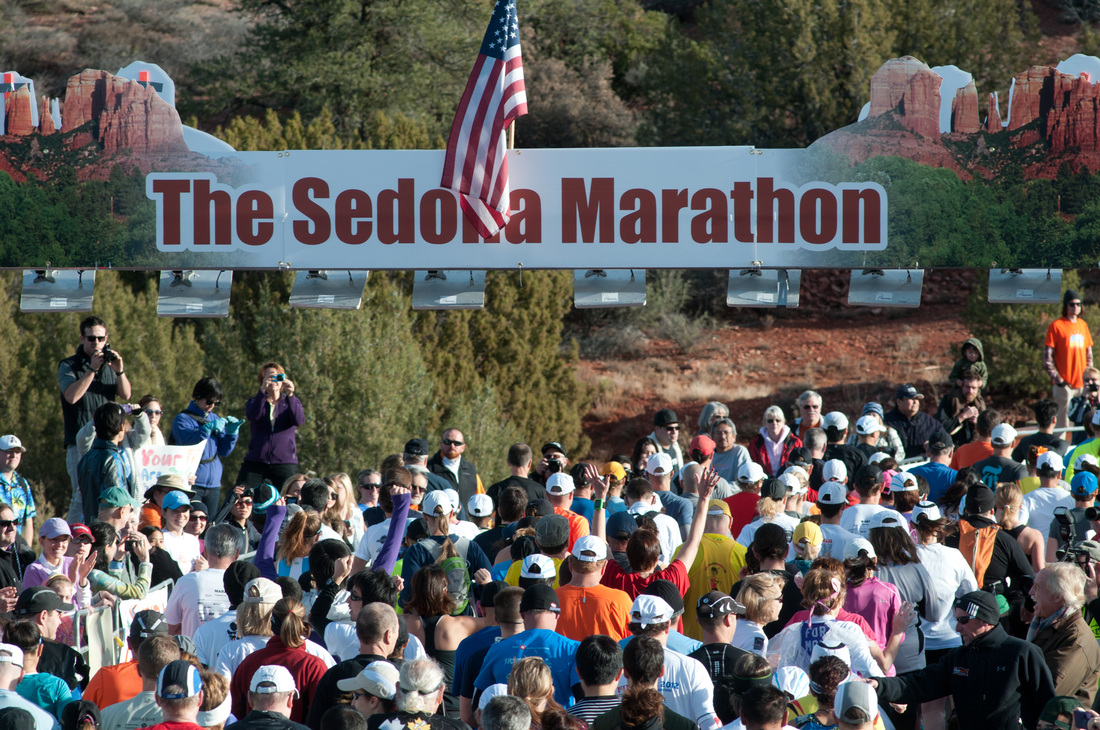 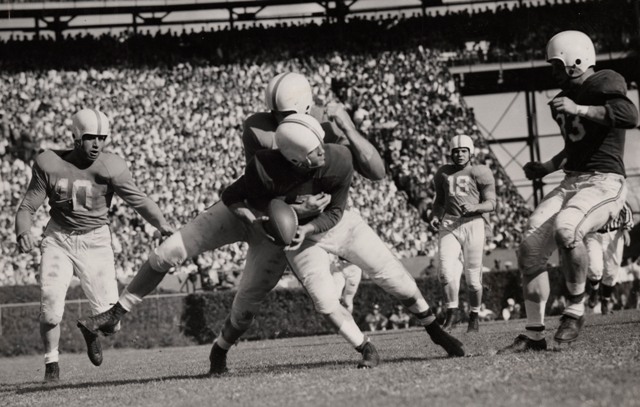 Brutal, but beautiful. Brutal — in that the 26.2 miles were all hills at 4,500 foot altitude. Beautiful — running amidst the red rock buttes and towering spires that make Sedona one of the most stunning places in the world. “Home Cookin’ ” for this one, as my Dad and Step-mom live in the scenic splendor (where many classic Western movies were filmed). My father, Ed “Big Mo” Modzelewski is nearing his sunset years, and I dedicated the race to him. Dad was a college football All-American at the University of Maryland in the early 1950’s. He led his team to a Number One ranking in the nation after defeating heavily-favored Tennessee in the Sugar Bowl, with “Big Mo,” a fullback, rushing for more yards than Tennessee’s entire offensive output combined. The son of Polish immigrants, he was invited to the White House to meet President Eisenhower. He was an NFL first-round draft choice of the Pittsburgh Steelers, then traded to the Cleveland Browns where he played for seven years. After pro football, he became a very successful businessman, so much so that he was able to retire at the age of 50 to live in Sedona, where he kept busy hiking all the trails there and in the nearby Grand Canyon. Old-school tough, I only saw Dad cry once. The first story I ever published (launching my career as a writer) was in Sports Illustrated magazine, written from a child’s point of view about my NFL father being my hero and how he eventually lost his job to a rookie from Syracuse named Jim Brown. (“I’ll feel like the guy who played behind Babe Ruth,” Dad said to Mom, when first seeing Jim Brown’s greatness on the gridiron.) I kept the story a secret, until Christmas, when I rolled-up the magazine and placed it in his stocking over the fireplace. When he read it, tears filled his eyes. The story ends: “. . .One night I overheard a bald old quarterback mumble, ‘The mark of a real pro is that on the way out he leaves some of himself, some of his experience behind with a rookie.’ Those words disturbed me. They lingered in my mind for a long time because I didn’t understand what they really meant. I thought that if someone deliberately took your job away, you should resent him and never speak to him. I was wrong and years later Jim Brown himself explained it all to me in his book, Off My Chest. ‘In a way Ed Modzelewski was much bigger than I or, for that matter, Babe Ruth. The son of Polish immigrants, he had come out of the Pennsylvania coal fields and made a good life for himself in football. Yet even while his friends were trying to prevent me from eating his lunch, as the saying goes, Big Mo was going out of his way to help me. In practice whenever I couldn’t remember my assignment, Mo would whisper it to me with no coach the wiser.’ A couple years ago, while I was packing to go away to college, I found Dad’s Browns’ jersey at the bottom of a drawer. As I unfolded it and saw the big brown square 36 stitched on the white cloth, I felt proud, very proud, of the way he wore it. And the way he took it off.”